MCC wants T20s to be included in 2024 Olympic Games

The Marylebone Cricket Club (MCC) said it would like to see Twenty20 cricket included in the 2024 Olympic Games to boost cricket's popularity around the world.

The world cricket committee of the Marylebone Cricket Club (MCC) said it would like to see Twenty20 cricket included in the 2024 Olympic Games to boost cricket's popularity around the world.

"The MCC world cricket committee appreciates that a great deal of effort may be needed to lobby for the inclusion of cricket in the Olympic Games of 2024," it said in a statement.

"The committee accepts that, were cricket to be played in the Olympics, there would be a short-term loss in income for the ICC, and therefore for dispersion to its members, but is impressed with the potential boost for the game worldwide if cricket were to be included. 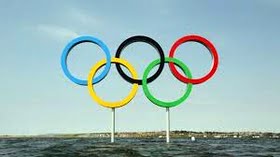 International Olympic Committee (IOC) president Jacques Rogge, a noted Anglophile, has previously encouraged cricket to make its case for Games inclusion, saying in 2011: "We would welcome an application.

"It's an important, popular sport and very powerful on television. It's a sport with a great tradition where mostly you have a respect of the ethics."

Cricket would have to apply to be on the programme for future Olympics, but has got through the first stage of selection having received full Olympic recognition in 2010.

The earliest the International Cricket Council can apply to be part of the Olympics is for the 2024 Games.