What the future holds for Twenty20 Cricket

T20 is a game about evolution. It was invented to attract sport fans who were put off by the long haul nature of traditional test match cricket.

T20 is a game about evolution. It was invented to attract sport fans who were put off by the long haul nature of traditional test match cricket. Not only limited to 20 overs an innings, the game has americanised; pitch side Jacuzzis are available for VIP guests, bands playing and cheerleaders. So what will we see in the future? 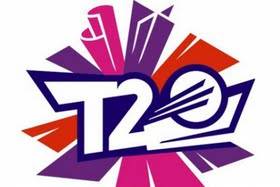 Batsmen could wear Virtual Reality headsets in the future. Virtual Reality can be used to prepare batsmen for a game like never before. Teams will be able to use headsets that will demonstrate the likely path of bowlers they are about to face. This is training never seen before in cricket and has the potential to completely revolutionise cricket preparation. Likewise, bowlers can use this technology and they will be able to see a batsman’s weaker side and practice bowling to that side. Although this information has been around for a while containing data about opponents strengths and weaknesses, we haven't before been able to project what they will do and prepare in this way.

Data is being gathered on fielding which shows the runs they save or cost and the wickets they have affected. This is having an impact on fielding positions and also team selection. It is speculated that the analysis could see the return of the specialist wicketkeeper. As lower order batsmen hardly face any balls, picking the best keeper could be crucial. It is likely the analysis will be more prevalent to improve the sport and understand the science behind it. Already we have seen betting sites and operators like Unibet employ this type of data to assess betting markets and allocate risk accordingly.

Some things seen in American sports could be used too, such as wins above replacement, from baseball, which can measure a player’s value compared to another player who plays in the same position. Baseball also uses late-inning pressure situation, which measures how players perform when most under pressure, a variant of this could be introduced in T20 in the last overs. Boundary slogging percentage is also likely to receive more focus, which will demonstrate on average how many balls a batsman needs to face before they hit a four or a six.

Players will start to wear technology that can track their movements. This has already been introduced in football where a player’s distance is measured. Crickets can be tracked on their agility, pace and how quickly they move when they are batting. This technology can also be used to track the fitness of a player and to see whether or not they have tired too much.

Something that isn’t T20

Seemingly not satisfied enough with the fast pace nature of T20, The England and Wales Cricket Board (ECB) proposed a new T20 franchise league, but it is a move away from T20 as we know it. It would be 15 six-ball overs and one ten-ball over. This would mean an innings would be 100 balls long, 20 shorter than a T20 game. It is hoped that the new format would rival the Indian Premier League and appeal to a younger audience. It has so far received a mixed reaction. However, betting sites and operators will be hoping that it can encourage even more interest in the sport, especially from new audiences.