Under the terms of the IPL contract, the franchises had the option of extending the agreements with their players for the 2013 season on the same financial terms.

Each franchise has room under the salary cap to be able to sign additional players, either by trading or in the auction or, in the case of uncapped Indian players, by direct agreement with the player in question, IPL chairman Rajeev Shukla said.

Ravindra Jadeja stays at Chennai Super Kings respectively for the 2013 season of the Indian Premier League. 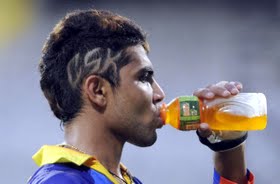