Steve Smith will bat in the top 3 for DC, if he plays: Ricky Ponting

Former Australian captain and Delhi Capitals head coach Ricky Ponting has revealed that Steve Smith will bat in the top three if he gets into the playing XI in the upcoming Indian Premier League (IPL) 2021. Smith captained Rajasthan Royals last year but was released by the franchise ahead of the auction after RR finished last in IPL 2020.

Marcus Stoinis, Kagiso Rabada and Anrich Nortje are likely to occupy three of the four overseas spots. It remains to be seen whether Smith will get the fourth slot in the playing eleven. "I think the fact that he's been released from the franchise that he's been at for a long time will make him a bit hungry as well this year," cricket.com.au quoted Ponting as saying. 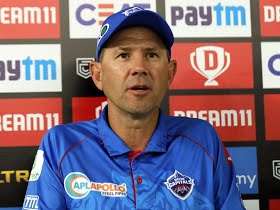 The former Aussie captain managed 311 runs in 14 games for RR last season with three fifties. By his own standards, those were poor returns. "I caught up with him (recently), he's very, very keen to go out there and perform well. Obviously the other side of that is there's a big auction again next year, so if he happens to have a really good IPL this year, then I'm sure that that price is going to go up for the coming season," Ponting further added about Smith.

Ponting asserted that having someone of the experience of Smith around will only benefit the team even if he doesn’t feature in the playing XI. "(It's) great to have him as a part of our squad. As I said -- even if he doesn't play, for instance, to have someone like that around with his sort of knowledge on the game and the T20 game, will be great for our group. I can't wait to work with him again," Ponting exclaimed.

Delhi Capitals will begin their IPL 2021 campaign against Chennai Super Kings at the Wankhede Stadium in Mumbai on April 10. They will be led by Rishabh Pant in Shreyas Iyer’s absence.