From 65 overs to 60 and thereafter from 50 overs to T20, cricket is gradually squeezing up to enhance thrills and challenges in the matches. The newest invention, The 6ixty, is the shortest-ever with just 10 overs to bowl and six wickets to bat. The unproven format is to debut on August 24 with six men’s teams and three women’s teams in the Caribbean.

The 6ixty is being organized by the Cricket West India (CWI), jointly with the Caribbean Premier League (CPL), and the world will definitely keep an eye on the tournament to understand the potentiality with respect to fans and advertisers. The experimental format is being promoted as Cricket's Power Game and with an effort to welcome cricket lovers to witness between August 24 and 28, just before the CPL 2022 season, in St. Kitts and Nevis dual-island country in the West Indies. 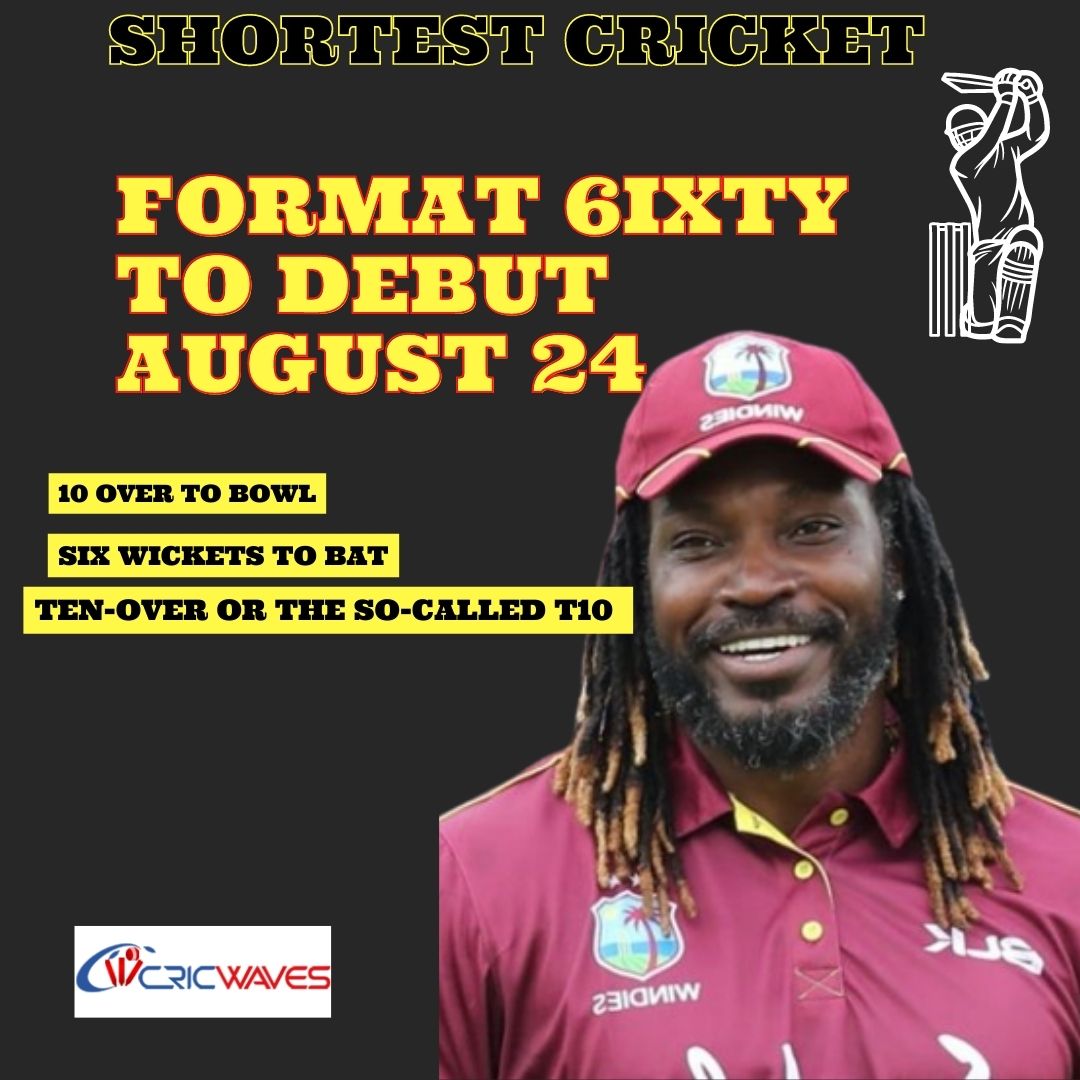 Ten-over or the so-called T10 competitions have been lately popular across the West Indies and The 6ixty is inspired by the format's local popularity. Legendary cricketer Chris Gayle is the Brand Ambassador of the tournament and he is genuinely excited about the new innovation.

There are some notable differences in The 6ixty compared to the existing Test Cricket, ODI and T20 formats. Each team to have six wickets instead of ten and a floating third powerplay can be unlocked if two sixes are achieved in the first two-over powerplay. Each team is to bowl ten overs which are segregated as five consecutive overs from each end. Switching ends after each over has been removed. Moreover, fans can vote live for a mystery-free hit and the process is facilitated through a mobile app or website.

The game is to last for 90 minutes. Each team should wrap up the bowling in 45 overs. Failing to finish 10 overs in time will lead to losing a fielder in the final over.

The 6ixty will be a quarterly event and the organizers hope to stage at least one edition outside the Caribbean. CPL CEO Pete Russell states the short window will help in transporting the tournament around the world as no commitment of spending several weeks is needed for overseas players. It is portable and each edition is to be run for just about five days period.

Chris Gayle, 42, said to have opted out from the CPL 2022 and to concentrate on The 6ixty. His main focus is to watch how teams could unlock the third powerplay over by hitting two sixes in the first two overs.

He has scored 2519 runs in the CPL matches with a strike rate of 133.13. He is next to Lendl Simmons who has scored 2629 runs. His last competitive game was earlier this year in February in the Bangladesh Premier League (BPL). He played for the Fortune Barishal.

The success of 6ixty is yet to be witnessed. The organizers are confident to win the heart of cricket fans looking for more thrills and challenging games, at least in the Caribbean.