We Provide Celebrity Cricket League (CCL) Season 3 or CCL 2013 Schedule, Results ( Scorecards ) and Live Score of Matches to be played from 9th February 2013 to 12th March 2013.

We Provide Celebrity Cricket League (CCL) Season 3 or CCL 2013 is Schedule, Results, Scorecards of completed matches and Live Score for Matches to be played from 9th February 2013 to 12th March 2013. 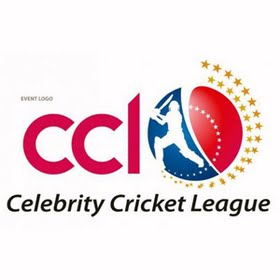 Bollywood actress Bipasha Basu has been chosen as the brand ambassador for Celebrity Cricket League season 3 along with the beautiful Kajal Agarwal.

This year CCL will be telecast on eight channels with eight different languages.

CCL Season 3 will have the Curtain Raiser Event in Mumbai on 19th Jan 2013, where Salman Khan and Katrina kaif will be performing, as well as other celebrities. Opening Ceremony is at Kochi on 9th Feb 2013 where Kerala Strikers will be playing against Mumbai Heroes. "Mumbai Heroes" has Sharjah as its home ground.

Check here for Schedule and All Matches Scorecards of CCL T20 2013: