Oman will face Scotland in match number 10 of the T20 World Cup 2021 at the Al Amerat Cricket Ground (Ministry Turf 1) on Thursday. The game will be played as part of the Group B encounters in Round 1 of the ICC event. The timing of the match is 7:30 PM IST and 6 PM local time

Scotland are best placed to qualify for the Super 12 round from Group B. They stunned Bangladesh in their first match of Round 1 and followed it up by defeating Papua New Guinea by 17 runs. However, they would like to confirm their place by defeating Oman in Thursday’s match. If Bangladesh and Oman win their last match in Round 1, it could all come down to the run rate scenario.

After steamrolling PNG by 10 wickets, Oman went down to Bangladesh by 26 runs. They put up a fight and were in the game with both bat and ball but failed to put the finishing touches on the game. With a place in the T20 World Cup 2021 Super 12 round at stake, Oman will be keen to put it across Scotland. 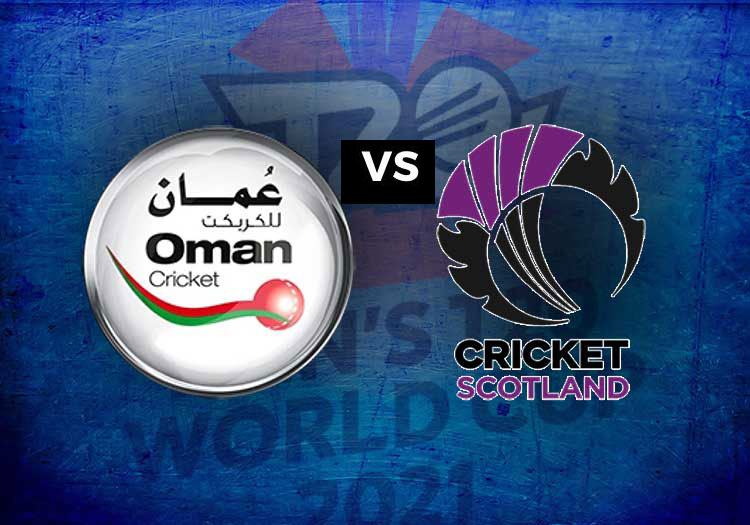 Scotland openers George Munsey and Kyle Coetzer failed with the bat against PNG but Richie Berrington came up with a sublime knock and he was well-supported by Matthew Cross. Scotland though cannot afford a batting collapse of the type they suffered against PNG as they stumbled from 151 for 3 to 165 for 9. Josh Davey has been excellent for Scotland with the ball while Mark Watt has kept the runs down. The others have also made an impression.

Oman were very good with the ball against the Bangla Tigers. Bilal Khan, Kaleemullah and Fayyaz Butt combined to restrict them to a total of just over 150. Their batting let them down though. Jatinder Singh played a lone hand. The others will need to chip in with significant contributions for Oman to put up a fight against Scotland.