These Indian players will be under the lens in Zimbabwe

A Zimbabwe tour isn’t the toughest for any top cricketing nation, but it will mean a lot for the lesser-known players in the Indian team, for they are here only because the seniors in the team have been rested.

A Zimbabwe tour isn’t the toughest for any top cricketing nation, but it will mean a lot for the lesser-known players in the Indian team, for they are here only because the seniors in the team have been rested. A good performance would not guarantee them a place in the future, but will definitely keep them in contention when the teams for the bigger tours are announced. Here’s our pick of players whom, we believe, will need to perform in Zimbabwe to keep their one-day careers afloat.

Amit Mishra: The leggie is now 30 years old, but is yet to establish himself in the side either in Tests or ODIs. Ravichandran Ashwin and Pragyan Ojha are currently the preferred choice in Tests, but this tour will give Mishra a chance to stake his claim in the one-day squad again. So far, Mishra has featured in 15 ODIs and has picked up 19 wickets at an average of 30 with a best of 4/31. Mishra has an economy rate of under 5 and a strike rate of 40. His figures are pretty impressive, and now, with Ashwin not in the squad for the Zimbabwe series, Mishra will get a chance to make an impact again. 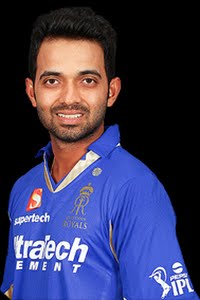 Ajinkya Rahane: With Shikhar Dhawan and Rohit Sharma forming a formidable opening partnership, Rahane’s chances of going back to the top of the order are slim. But, he could slot in at number three during the series in Zimbabwe. Rahane has so far not made full use of the opportunities that have come his way. In 16 ODIs, he has scored only 404 runs averaging a disappointing 25, with two fifties and a highest of 91. Most of Rahane’s opportunities have come whilebatting in the top three. He cannot allow too many more chances to go waste.

Mohammad Shami: The medium pacer from Bengal has played only six matches for India, but his place in the team is already being questioned. Shami was poor in the only game he played against Sri Lanka in the West Indies during their embarrassing loss. The only reason he has been retained in the team for Zimbabwe is because Irfan Pathan is yet to recover from his injury. Shami has so far picked up only four wickets in the six matches that he has played. His average has crossed 60 and his economy rate is over 5. Shami will need to improve significantly in Zimbabwe.

Vinay Kumar: The 29-year-old has been in and out of the side ever since making his debut in Zimbabwe three years back. Inconsistency has been his biggest bane during this period. At the same time, it must also be mentioned that he has been unlucky not to have played more games for India. In 23 matches, Kumar has grabbed 28 wickets at an average of 33.50 with a best of 4/30. While his economy rate of 5.50 is on the higher side his strike rate of 36 is equally impressive. Kumar must now utilise his latest opportunity in Zimbabwe. 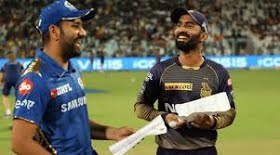