Batting first after winning the toss in Match 70, Kolkata Knight Riders could score just 136/4 against Pune Warriors at the Subrata Roy Sahara Stadium.

Pune Warriors would be hoping to end their IPL 5 campaign with a consolation win especially after restricting Kolkata Knight Riders to a modest total of 136/4 after losing the toss. The pitch at the Subrata Roy Sahara Stadium wore a dry look and run scoring wasn’t that easy at all for the KKR batsmen. They should still fancy their chances of victory because of having a wonderful bowling attack. 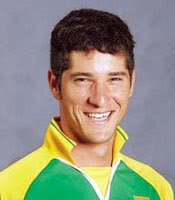 It was slow going right from the start for the Kolkata Knight Riders despite opener Brendon McCullum batting out more than 15 overs. By the 9th over, when Jacques Kallis got out, KKR were crawling at 40 for 2. The momentum in the innings eventually came from Shakib Al Hasan who scored 42 from 30 balls with 3 fours and 2 sixes. Brendon McCullum on the other hand batted out 43 balls to score just 41 with 5 fours.

In the end, KKR had to settle for just 136/4 with their entire innings containing just the two sixes! Left arm quick Wayne Parnell bowled well for his 2 for 18 in 4 overs. Bhuvneshwar Kumar with 1/23 in 4 overs and Michael Clarke with 1/27 in 4 overs also did a fine job for their Skipper.