Not long ago, South Africa were the number one side in the world in Test cricket, with an enviable unbeaten streak of nine years away from home. All that has changed in a matter of a couple of months.

Not long ago, South Africa were the number one side in the world in Test cricket, with an enviable unbeaten streak of nine years away from home. All that has changed in a matter of a couple of months. The South Africans were mercilessly thrashed in India. While the defeat against India was demoralising, they would more more disappointed with their showing against England. In India, the pitches were turning square, and many critics gave the Proteas the benefit of doubt. But, the poor show at home against the Englishmen, which has cost them the number one ranking, reiterates that they have a problem on their hands, a serious one. 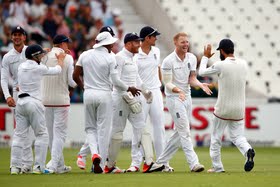 Among the major issues for South Africa at present is their batting woes. While most of them shone at Cape Town, the collapse on day three at Johannesburg, which turned out to be the last day of the match, was inexplicable. Even when one takes into consideration the fact that Stuart Broad produced a spell that was most sensational, what would worry the South Africans the most is the realisation that this is not the first time they have been subjected to such an embarrassment. It happened multiple times in India during the recent tour, has happened in other venues before, and at home as well. This is certainly not a good sign for the hosts.
In the wake of constant batting failures South Africa ought to ring in some changes. Stiaan van Zyl has definitely been given enough chances, and has failed to grab the same. The hosts must look at an alternative now. The replacement may not been an instant success, but the Proteas need to identify one, and stick with him for a while. Faf du Plessis is another man who will be under pressure to keep his place in the side. Du Plessis has vast experience, and has played some match-winning knocks, but he clearly has lost some sting and, with it, confidence as well. South Africa might be forced to look beyond him for now.
The kind of situation South Africa find themselves in at present, they would be desperate for the likes of AB de Villiers and Hashim Amla to perform consistently. While de Villiers is still close to his best, South Africa's downfall has coincided with a few low scores for the new Test captain. He will be the key as South Africa look to come out of a rut. Amla, who encountered a horrid time with the bat, has only recently got back among the runs. For South Africa's sake, he needs to make up for lost time. Opener Dean Elgar scored an encouraging hundred in the first match, but needs to improve his consistency. Elgar's presence gives good balance to the side as he can chip in with the ball.
Looking at their bowling, South Africa must start thinking beyond Dale Steyn now. The number of times the South African speedster has been injured in recent times, it is pretty much clear that his international career is on its last legs. In his absence, Morne Morkel has been doing a commendable job, but he needs to develop the ability to dismantle opponents in the Broad-way. Vernon Philander, on the other hand, must do better on the fitness front, as he is too young to get injured often. Kagiso Rabada's five-for at the Wanderers will give him confidence, and in Dane Piedt they have a spinner who can make things happen. Patience will be the key to South Africa as they look to rebuild.
-- By A Cricket Analyst