Hosts Sri Lanka have been undefeated so far in the ICC World T20 2012, winning six matches on the trot! West Indies would like to spoil that record by beating them in tonight’s final at the R Premadasa Stadium.

Hosts Sri Lanka have been undefeated so far in the ICC World T20 2012, winning six matches on the trot! West Indies would like to spoil that record by beating them in tonight’s final at the R Premadasa Stadium. Both Sri Lanka and West Indies are yet to clinch the World T20 title. Sri Lanka got closer to the title in 2009 but lost to Pakistan. This is going to be the first Final for West Indies in this particular tournament. 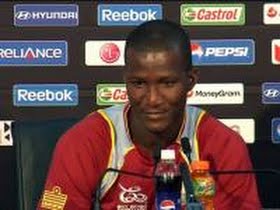 It is a huge achievement for West Indies to have reached the Final of a big tournament after quite some time. Tonight, the Windies are serious favourites to overpower Sri Lanka to clinch the title. Sri Lanka has an excellent variety in its bowling attack but for that to come good, Chris Gayle has to be dismissed early. What could be worrying for Sri Lanka is that Darren Sammy has stated that his team had to put on an A grade performance to beat Australia in the Semis. And in the Final, they would try to put up their A+ game to beat Sri Lanka.

The two teams had played against each other in this tournament during the Super Eights Match at Pallekele. Sri Lanka cruised to a 9-wicket win in that match after restricting Windies to a below par total of 129. It was one match in which Chris Gayle failed to get going and thus the result went against West Indies.

While Sri Lanka has been pretty consistent, West Indies had a mixed bag so far. Their first round matches saw them beat Ireland and lose to Australia in a rain-affected contest. In the Super Eights, West Indies lost to Sri Lanka, bounced back to defeat defending Champions England and then were lucky to prevail over New Zealand despite playing out a tied game.

West Indies would be hoping for their middle order to come good if in case Chris Gayle departs early. Fortunately for them, Kieron Pollard, who was struggling to score any runs found some form back in the Semi Final against West Indies. With the ball, Ravi Rampaul and Sunil Narine have been delivering with the ball while the fielding has been simply outstanding.

One thing is sure, if West Indies put up a massive total like how they did against Australia, then Sri Lanka has no chance as its batting unit lacks the firepower. Sri Lanka’s key is to restrict Windies to a modest total or they themselves put up a total of atleast 150 and hope for their bowlers to win the match.

Here is West Indies Skipper Darren Sammy talking on the eve of the Final: