As Australia and England battle it out in the middle in the second Ashes Test at the mecca of cricket, Lord’s, we look back at some high-quality clashes between the two sides at the venue in recent years. 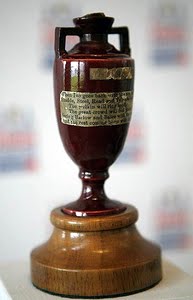 As Australia and England battle it out in the middle in the second Ashes Test at the mecca of cricket, Lord’s, we look back at some high-quality clashes between the two sides at the venue in recent years.

July 1985: Australia won the toss and chose to field, a decision which proved beneficial to them since they restricted the hosts to 290. Craig McDermott was the star for the Aussies with 6 for 70. For England, skipper David Gower made a fluent 86 but did not get much support from the rest. Australia replied with a mammoth 425 courtesy skipper Allan Border’s brilliant 196, which was scored with the aid of 22 boundaries. Greg Ritchie also contributed a useful 94. Ian Botham picked up five wickets for England. The hosts faltered in their second innings as well, and were bowled out for 261 in spite of half centuries from Mike Gatting and Botham. Bob Holland picked up five wickets this time. Chasing 127, Australia lost a few early wickets, but Border’s unbeaten 41 took them home by four wickets.

June 1989: England won the toss on this occasion and decided to bat first. Their batting faltered once again. Graham Gooch and captain Gower got half-centuries but failed to carry on. Wicket-keeper Jack Russell’s 64 ended up as the highest score of the innings, which folded up for 286. Australia’s reply was massive –528 is what they got with Steve Waugh compiling an unbeaten 152. David Boon made 94 while Geoff Lawson, batting at number 10 got 74. England did better in their second innings, making 359 in spite of Terry Alderman’s six-for. But 118 was all Australia needed to win and Boon’s unbeaten 58 led them to victory.

June 1993: Everything went right for Australia in this game right from the time they won the toss and decided to bat. The scores of the top five batsmen were unbelievable –Mark Taylor 111, Michael Slater 152, David Boon 164 not out, Mark Waugh 99 and skipper Allan Border 77. Australia declared having amassed 632 for 4. In reply, the Englishmen were bowled out for a paltry 205, with Mike Atherton’s 80 being the only score of note. Shane Warne and Merv Hughes grabbed four wickets each. Following on, England made 365 but still lost by an innings and 62 runs. Atherton was comically run out for 99.

July 2009: England finally dominated the Aussies in a Test at Lord’s. Batting first having won the toss, the Englishmen made 425 with skipper Andrew Strauss contributing a magnificent 161 and Alastair Cook making 95. Australia’s capitulation in reply cost them the Test. Michael Hussey was the only one to make a half-century as the Australians collapsed to 215 all out. James Anderson grabbed four wickets and Graham Onions picked up three. England declared their second innings at 311 for 6, leaving the Aussies an improbable target of 522. Michael Clarke’s century gave Australia hope, but Flintoff’s five-for won the game for England.