Why it is important to wait and watch on Mohammed Shami

Even amidst all the hype and hoopla surrounding Sachin Tendulkar’s farewell series at Eden Gardens, it was a debutant who made headlines on the opening day.

Even amidst all the hype and hoopla surrounding Sachin Tendulkar’s farewell series at Eden Gardens, it was a debutant who made headlines on the opening day. Mohammed Shami, who was actually playing on his home ground, reverse swung the ball so accurately that West Indies went from a position of strength to one in which they were in deep trouble in a matter of overs. Such was Shami’s impact on the opening day that none could stay away from singing his praises. But, while his performance was impressive, it is important that India’s view his first-day success as caution. 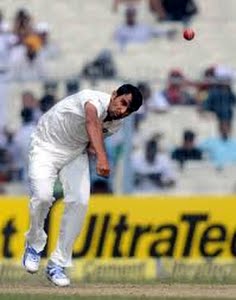 There is a strong reason for India not to go overboard with Shami. Over the last decade, numerous pace bowlers have made excellent starts to their Tests careers, only to wander away. Where do we start from? Well, let’s go a decade back, exactly around this same time. Irfan Pathan burst on to the scene in Australia, troubling the best of the Aussie batsmen with his swing and pace. Following the tour, in which India drew the Test series, Pathan was seen as the next big thing in Indian cricket. For a couple of seasons, he remained India’s most effective bowler, before completely losing his rhythm. These days, he is out of the Test reckoning, and only makes appearances in ODIs.

Munaf Patel is another name that instantly springs to mind. He first made a name in international cricket as a tear-way fast bowler, and even picked up some big wickets with his pacy deliveries. But, overtime, he was reduced to the role of a supporting paceman, who could hardly generate any pace trouble the batsmen. Patel lost so much of his zing that, like Pathan, he has been viewed as an option only in the shorter format of the game. At present, isn’t in the reckoning even in that format.

A similar case has been than of Laxmipathy Balaji. The Tamil Nadu pacer, like Shami, first made his name owing to his ability to swing the ball. For more than a season, he was part of the Indian outfit, and was among the key reasons why India won the series in Pakistan in 2004. His control over the moving ball was impressive. However, injuries forced him to change his bowling action. He slowed down his run-up, and completely lost his dynamism. These days he has become a T20 specialist.

Of course, we have the case of Sreesanth, who won us a historic Test match in South Africa. But, his demise as a bowler has more to do with his affinity to self-destruct. The most recent case is obviously of Ishant Sharma. The man, who troubled Ricky Ponting with an unplayable spell at Perth a few seasons ago, has completely lost it. After 51 Tests, he looks clueless as to where his next wicket will come from. Shami has made a bright start, but he will have to reverse the tradition in Indian cricket, that of fast bowlers fading away, to succeed on consistent basis.