No man has played an innings like Kaur, not in World Cup semis: Gambhir

The Indian women's cricket team are in the final of the 2017 ICC World Cup after a sensational win over overwhelming favourites Australia.

The Indian women's cricket team are in the final of the 2017 ICC World Cup after a sensational win over overwhelming favourites Australia. And, Gautam Gambhir, the hero of India’s men's World Cup win in 2011 feels the occasion will be bigger if India win it on Sunday.

"When we won in 2011 it was at home and we were the tournament favourites. But the women won the semi-final against Australia in difficult conditions. They are one step away from the World Cup and if they can win this, it will be bigger than the 2011 World Cup win," Gambhir told India Today. 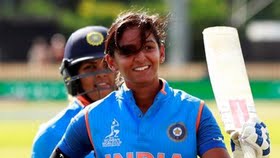 Gambhir was all praise for Harmanpreet Kaur, who made the big difference in the semis against the Aussies. "The occasion was very important. There will be other players who will play knocks like that, those who will get bigger runs than her. But it was a World Cup semi-final and against Australia. For a 42-overs game to finish 171 not out was unbelievable, incredible. If it was a 50-overs game who knows she would have got a double ton as well. She did it when India needed it the most and has got India one step away from a World Cup win," he explained to India Today.

On the comparison between Kaur's and Kapil Dev's 175 in the 1983 World Cup, Gambhir felt, "Kapil Dev did it against Zimbabwe and Harmanpreet Kaur has done it against Australia. So you can't compare the two innings. Also he did it in the league phase and this was in the semi-final. So I don't understand the comparison. I don't think any man has played an innings like this. Not in a World Cup semi-final. It's an unfair comparison. Harmanpreet's innings is a far better innings if you look at the match situation.”