The Royal Challengers Bangalore (RCB) will take on the Gujarat Titans (GT) in match number 67 of the Indian Premier League (IPL) 2022 at the Wankhede Stadium in Mumbai on Thursday. Gujarat have already qualified for the IPL 2022 playoffs with 20 points from 13 matches. Irrespective of the result of Thursday’s match, they will end on the top of the points table. As for RCB, they have to win their last game by a handsome margin and then hope the other results go their way.

Bangalore are currently in fifth place with 14 points from 13 games. Delhi also have similar numbers but have a much better net run rate. RCB’s qualification chances suffered a major jolt when they went down to the Punjab Kings (PBKS) by 54 runs in their last match. Their bowling was taken to the task as Josh Hazlewood went for 64 in his four overs while Mohammed Siraj conceded 36 in two. Wanindu Hasaranga though stood out amid the carnage, registering figures of 2 for 15 while Harshal Patel finished with 4 for 34.

Their batting crumbled under the pressure of a big score. Glenn Maxwell’s 35 was the top score while Virat Kohli and Rajat Patidar contributed 20s. The batting will need to fire and big time at that if RCB are to stay in the hunt. Skipper Faf du Plessis will have to lead from the front. 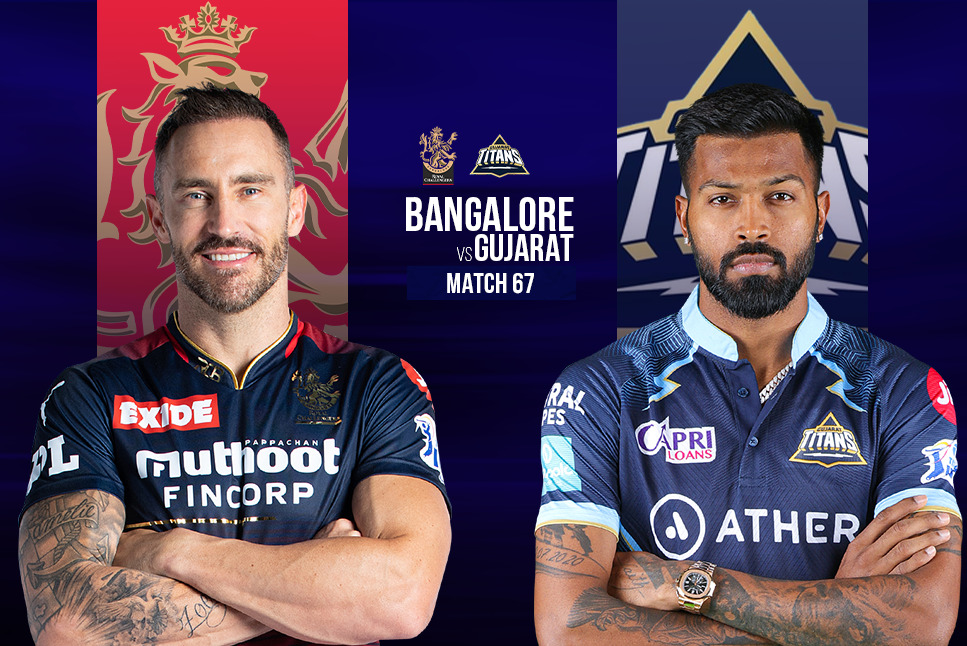 GT were absolutely top class in their last match against CSK. Mohammed Shami (2/19) starred with the ball again as CSK’s under-confident batting was reduced to 133 for 5. Wriddhiman Saha then guided the chase with a calm 67 not out. Runs for Hardik Pandya and Matthew Wade is what GT need now, heading into the playoffs.