When Marlon Samuels made his international debut in 2000 at the age of 19, he was rated amongst the highly talented upcoming cricketers. He made an impressive Test debut against Australia almost exactly 15 years ago, making a fluent 35

When Marlon Samuels made his international debut in 2000 at the age of 19, he was rated amongst the highly talented upcoming cricketers. He made an impressive Test debut against Australia almost exactly 15 years ago, making a fluent 35 against a side that contained class bowlers like Glenn McGrath, Jason Gillespie and Stuart MacGill. He shone later in the series as well, and raised West Indian hopes. Cut to 2015, and it wouldn’t be wrong to say that he hasn’t achieved even half of what was initially expected of him. Nearing 35, it seems late for him to make amends.

Samuels’ international career has been a case of what might have been for most part, with glimpses of brilliance in between. But, the numbers tell quite a story about the Jamaican. 62 Tests over a decade and a half, with 3599 runs at a poor average of 34.27 with just 7 hundreds and 22 fifties. He has done slightly better in ODIs, with 4806 runs in 177 games, averaging 34 with 9 hundreds and 26 fifties. Here again, he has underachieved though, which has pretty much been the story of his career. Numbers don’t always tell the full story, but in Samuels’ case, they aren’t far from the truth. 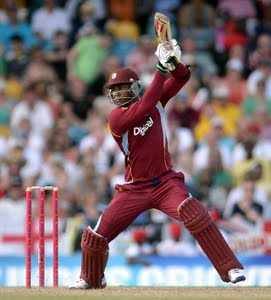 Throughout Samuels’ career, his concentration, or to put it succinctly, the lack of it, has been a major hindrance. This has been evident especially in his Test career, and as recently as the last few knocks in the five-day matches that he has played. On too many occasions, he has got starts and has the given it away. Over the last year, he has featured in 10 Tests, and has scored two hundreds – one each against South Africa and England, apart from two fifties. In a number of other innings, he has got to his 20s and 30s, and then played poor strokes.

Samuels’ Test form in his last few knocks with worry the team even further, especially now that he is the senior-most member in the side, with Shivnarine Chanderpaul out of favour. In the two Tests against Sri Lanka, and the recently concluded one against Hobart, he hasn’t even managed to reach 20. Most of his dismissals have come via strokes during which he has displayed a lack of confidence to deal with the conditions on offer. Samuels has managed to keep his place in the side only because West Indies do not have any options in hand.

There has never been any doubt about Samuels’ batting talent. That has been evident right from the start of his international journey. But for a couple of tours of India, during which he enjoyed tremendous success, and his match-winning effort when West Indies lifted the World T20 against all odds, Samuels’ career has been a major disappointment. It seems extremely difficult that he can lift his career to greater heights from this point. But, if he is seeking inspiration, he only needs to look as far as the opposition camp, where 36-year-old Adam Voges is making the opportunity that has come his way this late in his career. Does Samuels have the heart to turn it around? We will soon know…