Aaron Finch gets his 9th IPL franchise, signed up by KKR as replacement for Alex Hales

Kolkata Knight Riders (KKR) have signed up Australia's white-ball captain Aaron Finch as a replacement for Alex Hales. The England batter pulled out of IPL 2022 citing "bubble fatigue and his mental well-being". A KKR statement confirmed that Finch would be joining KKR for 1.5 crore.

Releasing an official statement over his decision to pull out, Hales said, “I am sad to announce that I have made the extremely difficult decision to withdraw from the forthcoming IPL. Having spent the last four months away from home in restrictive bio-bubbles and testing position for Covid myself, I don’t feel as though I can commit myself to another extended period in a secure environment.”

“It wouldn’t be fair on the team or myself if I wasn’t able to perform to the level expected of me as a result of ongoing bubble fatigue. I am truly gutted to have to turn down one of the best opportunities of my career. I’ll now take some time to rest and recharge ahead of the summer. I want to thank KKR for believing in me during the auction and their ongoing support in recent weeks,” he added. 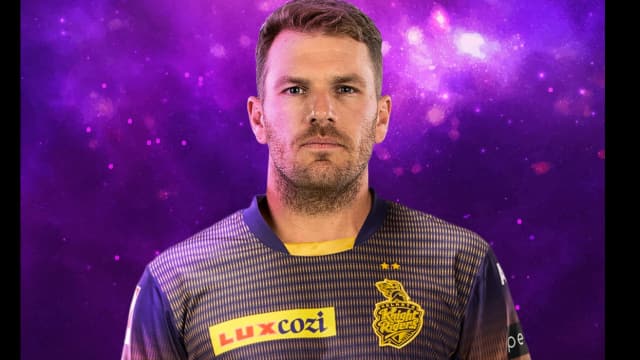 Finch will be turning out for his ninth IPL franchise, an extension of the record he already holds. He has already played for Rajasthan Royals, Delhi Daredevils (now Delhi Capitals), Pune Warriors India, Sunrisers, Mumbai Indians, Gujarat Lions, Kings XI Punjab and Royal Challengers Bangalore. The right-handed batter has played 87 matches in the IPL, scoring 2005 runs at an average of 25.70 and a strike rate of 127.70.

Responding to the development, Venky Mysore, the CEO and MD of Knight Riders said they respect Alex Hales' decision of choosing family and mental well-being over his participation in the upcoming season of the IPL. He admitted, “Bubble-life isn't easy, and a number of players around the world have shared their views on this topic. We will miss having him in the Galaxy of Knights this season, but we wish him all the best.”

Before Hales, Jason Roy, who was a part of Gujarat Titans, also pulled out citing similar reasons. Afghanistan batter Rahmanullah Gurbaz has replaced Roy at Titans.

The Knight Riders will face Chennai Super Kings at Mumbai's Wankhede Stadium on March 26 in the season opener.