Kolkata Knight Riders have virtually sealed a spot in the last four after collecting their eight win of the IPL 5. With a clinical six wicket win with eight balls to spare, KKR have now topped the points table but have played a match more than Delhi Daredevils who have played 11 so far.

Needing 154 to win against a high quality pace attack of Delhi Daredevils, KKR got off to a flying start from its openers. Skipper Gautam Gambhir led the way with 36 (from 21 balls with 4 fours and a six) before chopping on a pacy delivery from Varun Aaroun onto the stumps. Brendon McCullum with 56 (from 44 balls with 7 fours) and Jacques Kallis with 30 (from 27 balls) consolidated the KKR innings to take the visitors to a near victory. 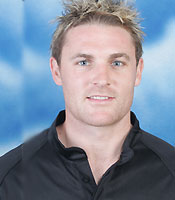 KKR despite losing Kallis and McCullum in consecutive deliveries to Umesh Yadav went onto win the match comfortably in the 19th over.

Delhi Daredevils were restricted to a modest total of 153 for 9 by some good bowling from Kolkata Knight Riders. Jacques Kallis with 2 for 20 in 4 overs and Sunil Narine with 2 for 23 in 4 overs did a tremendous job for KKR in keeping the Daredevils under a check.

Toss and Teams: Delhi Daredevils have won the toss and elected to bat first in their home game against Kolkata Knight Riders at the Feroz Shah Kotla. Delhi have made two changes with David Warner and Varun Aaron coming in for Kevin Pietersen and Pawan Negi.