On a greenish pitch at Dharamsala, Chennai Super Kings struggled to score 120/7 in 20 overs against a quality pace attack of Kings XI Punjab.

On what is a very difficult batting pitch at Dharamsala, defending champions Chennai Super Kings struggled to reach a total of 120 for 7 in 20 overs. It would have been much lesser total for CSK but for about four sixes conceded by the homeside spinners. Infact, Skipper Adam Gilchrist used only 4 overs of spin which went for 35 runs otherwise his seamers had completely dominated the CSK batsmen on a greenish pitch. It was a great toss for Gilchrist to win which had his team exploit the seaming pitch to perfection. 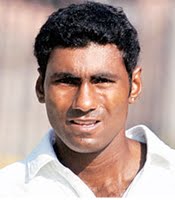 Life was very miserable for the Chennai batsmen against the brand new ball that seamed in both the directions and also swung in the air. Praveen Kumar exploited the conditions to come up with 2 for 18 in 4 overs on the trot. Ryan Harris with 1 for 24 in 4 overs provided with the extra pace for his team. Parvinder Awana was once again brilliant and with figures of 4-0-12-2, he could be closing in towards a national team selection. The other pacer used by Gilchrist was Azhar Mahmood who chipped in with 2 for 28 in 4 overs.

Chennai batsmen played and missed quite a lot and at about half way stage were at 46 for 4 in 10.2 overs when Skipper MS Dhoni got out for a 16-ball 6. The visitors could come up with some sort of a respectable total thanks to Dwayne Bravo’s 48 (from 43 balls with 2 fours and 3 sixes).