Nothing significant came out during Monday’s teleconference by the eight IPL franchise owners over the coronavirus pandemic that has gripped India as well as the world. The start of IPL

Nothing significant came out during Monday’s teleconference by the eight IPL franchise owners over the coronavirus pandemic that has gripped India as well as the world. The start of IPL 2020 was pushed back from March 29 to April 15 as India has registered over 100 positive cases and a couple of deaths as well owing to COVID-19.

“Nothing concrete was discussed in today’s meeting (con-call). It was just a follow-up meeting. The situation has not changed in 48 hours, so talking about hosting the IPL is 29th were-mature,” an IPL franchise owner was quoted as telling PTI on condition of anonymity.

“We have to wait and watch. We will keep doing these con calls on a weekly basis to take stock of the situation,” the owner added. BCCI President Sourav Ganguly had earlier hinted that the IPL could be a truncated one due to the delayed start, which has put the schedule out of gear. 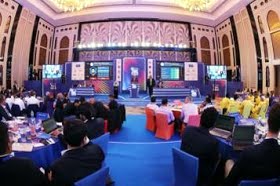 Among the various options being discussed is splitting the teams into two groups of four each with the top four making it to the knock-outs. Another is raising the number of doubleheaders or having matches at only three or four centers as it would ensure less travel. Further, the option of playing games without any spectators also remains open.

With all foreign visas on hold, the overseas players anyways would not have been available even if the tournament had begun on time. Not only the IPL even South Africa's ODI tour of India was postponed until further notice. England's tour of Sri Lanka and the New Zealand-Australia series was also put on hold. BCCI also suspended Irani Cup and other domestic tournaments.

The last few days have seen some hectic activity taking place. Before IPL 2020 was put on hold, the Delhi government banned all sports activity which would lead to a gathering of more than 200 people. While Delhi and Karnataka refused to host IPL matches, Maharashtra banned the sale of tickets for the tournament.

“You are advised to adhere to the advisories issued by the Ministry of Health & Family Welfare and ensure that no public gathering takes place in any sporting event. In the event, the sporting event cannot be avoided, the same could be done without allowing the gathering of people, including spectators,” the Sports Ministry earlier said in a letter to the Indian Olympic Association (IOA) and as well as all the other national sports federations, including the BCCI. 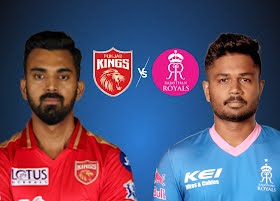