Asia cup 4th T20 IND vs PAK Preview, Live Score: For those who grew up in the 90s, the hype for the India-Pakistan game on Saturday will seem like a whimper.

For those who grew up in the 90s, the hype for the India-Pakistan game on Saturday will seem like a whimper. Perhaps, this is a sign of a more mature generation, who are exposed to truth owing to varied kind of technology available. May be, they know that an India-Pakistan game is not really a matter of life of death. The players too have grown up to accept that this is just another cricket match. And so, we no longer see statements like ' it is a war'. On the contrary, players from both teams opine that they are excited to take on each other, and give their very best. Even so, India-Pakistan game brings along with it a different kind of pressure, which both teams will again experience for sure. 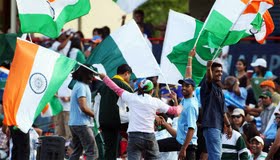 India having won the first match against Bangladesh will go into this game at Fatullah high on confidence. The fans may have been a bit apprehensive at the start of the series as India were undone by Bangladesh the last time they played a limited overs series here. But, as was evident from Dhaka, Bangladesh still have some work to do as far as their T20 game is concerned. India took full advantage of the same in their opening game. But, they need to be mindful of their performance in the first half of their batting innings. They clearly were caught off boil there, and while they managed to recover against Bangladesh, stronger sides may make them pay.

India would be extremely elated with the continued great form of Rohit Sharma. He began slowly at Dhaka, and was even reprieved, but once he got his eye in, he reiterated what a big asset he is turning out to be for the team in the shorter formats. India would be keen for Rohit to continue his golden form against arch-rivals Pakistan as well. If Rohit plays a big knock, India invariably end up doing well, such has been his impact on the team's performance. In the batting department, the quick cameo by Hardik Pandya was another big plus. MS Dhoni's decision to promote him was a smart one without doubt.

Like their batting, India's bowling was also impressive at Mirpur. Ashish Nehra came up with an extremely tight spell, during which he lorded over the Bangladesh batsmen. He would be looking to carry on his impressive form in the big clash against Pakistan as well. His opening partner Jasprit Bumrah has gone from strength to strength in match he has played. But, this would be his first taste of an Indo-Pak clash. It remains to be seen how he handles the pressure of such a big day. The positives for India continue for India in the form as spinners. As of now, the only perceptible worry is the form of Yuvraj Singh.

Irrespective of what they have done in the recent past, Pakistan remain a dangerous side. They are led by the ever mercurial Shahid Afridi, who can win games with both bat and ball. They have a good mix of youth of experience, with the likes of Mohammad Hafeez and Shoaib Malik having been part of many Indo-Pak clashes over the years. Further, in Sarfraz Ahmed and Mohammad Irfan they have two match-winners, one with the willow, and the other with the ball. The return of Mohammad Amir has made Pakistan stronger and Imad Wasim is slowly establishing himself as a specialist in the format. India definitely have the edge, on current form. But, with Pakistan, you never know.