A couple of late wickets got India back in the game as England slipped from a solid position of 211 for 4 to 219 for 6 by stumps on Day 2 at Lord’s.

Update at Stumps on Day 2: A couple of late wickets got India back in the game as England slipped from a solid position of 211 for 4 to 219 for 6 by stumps on Day 2 at Lord’s. The hosts are trailing behind by 76 runs with four wickets in hand. At the crease are night watchman Liam Plunkett (4*) along with Matt Prior (2*) against the second new ball.

The final session was going England’s way as Ballance and Moeen Ali put up a fighting partnership. Ballance batted positively to score his 2nd Test century to keep England in control as the pitch flattened out significantly. 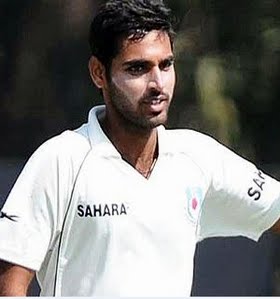 Out of nowhere, Murali Vijay who was brought in as a filler got Moeen Ali lbw for 32 with a yorker length off break and thus ending a crucial 98-run partnership for the 5th wicket. Just before the close, England lost Ballance (110 from 203 balls with 15 fours) caught down the legside by Dhoni glancing an innocuous Bhuvneshwar Kumar inswinger.

Update at Tea on Day 2: The second Test continues to be in the balance as England managed to lose only a couple of wickets in the afternoon session although the score has only moved to 125 for 4 in 53 overs. Gary Ballance who was put down by MS Dhoni off Binny is holding one end for England with an unbeaten 51 (from 117 balls. Giving him company at tea is Moeen Ali who is on 6.

India’s first breakthrough of the session came from a magic short ball from Bhuvneshwar Kumar which jagged back with bounce to hit the glove of Bell and was caught by the diving Jadeja at third slip. Bell could only score 13 from 56 balls.

The next and the only other wicket to fall in the post lunch session came quite late. It was Joe Root getting foxed by an arm ball from Jadeja which trapped him lbw to break a 43-run stand. England are trailing behind by 170 runs with six wickets in hand at tea

Update at Lunch on Day 2: Bhuvneshwar Kumar’s double strike of removing the English openers has kept India in the contest at Lord’s on Day 2.

After adding just five runs before getting all out, India had to wait until the 1th over to get its first success. Alastair Cook’s poor form continued as he poked outside off to an away swinger from Bhuvneshwar to get caught by the diving MS Dhoni.

Sam Robson who was dropped early by Rahane at second slip off Shami did not utilize the opportunity and got out for 17. Robson was caught behind attempting a loose drive on the up off Bhuvneshwar.