Gautam Gambhir to play for Essex this season

He may be out of reckoning as far as Team India is concerned with the emergence as Shikhar Dhawan and Murali Vijay. His international career may have been written off after his axing from the Indian team in the Australia Series.

He may be out of reckoning as far as Team India is concerned with the emergence as Shikhar Dhawan and Murali Vijay. His international career may have been written off after his axing from the Indian team in the Australia Series. But a ray of hope is there for the 31-year-old Gautam Gambhir as he has been signed up by the Essex Cricket Board to play for them in the remainder of the county season.

The 31-year-old Gambhir, who has played 54 Tests and 147 ODIs for India, will be replacing young New Zealand batsman Hamish Rutherford with the latter returning home for the domestic and international games. Gambhir’s first game in county cricket could likely to be on August 20 in the LV=County Championship match against Northamptonshire. Gambhir has six more matches to play in the four-day tournament in the UK. The southpaw is also likely to play in the Yorkshire Bank 40 matches. 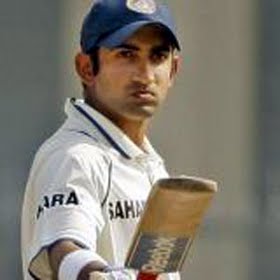 An interesting point to note is that Gautam Gambhir is only the first Indian player in County Cricket this season. According to the Essex Cricket website, Gautam Gambhir has been quoted to have said “I am delighted to have this chance to make my county cricket debut with Essex. After the IPL ended I was looking to play some competitive cricket and playing for Essex will give me that opportunity. I am thankful to Essex for presenting me with this option and BCCI for allowing me to participate in county cricket. I hope I can make some meaningful contributions to Essex in the ongoing season.”

Essex Head Coach Paul Grayson as per the Board Website is quoted to have said “We are delighted with the signing of Gautam Gambhir and we very much welcome him to the Club. Gautam is a player with real pedigree, which has been showcased on the biggest stages in world cricket. He will no doubt bring his experience to the squad during an important stage of the season for us in the LV= County Championship and Yorkshire Bank 40 competition.”