Having been beaten in both the T20s and ODIs, India would be desperate to make an impression in the Tests, beginning with the opening one at Mohali

Having been beaten in both the T20s and ODIs, India would be desperate to make an impression in the Tests, beginning with the opening one at Mohali. Following the Wankhede fiasco, the pitch has been a major point of discussion. In spite of facing an amount of backlash, Team India director Ravi Shastri has maintained that the home side must get the advantage of being the hosts. In a mild tone of sorts, he has asked for a rank turner, and if reports emerging are to be believed that might be the case, although things will be clearer only when the game gets underway.

If all goes to plan, India will go in with three spinners and a pacer, playing to their strengths, and hoping the pitch assists them as well. The good news for India is that Ravichandran Ashwin is fit and raring to go. The opposition have admitted that the offie will be the biggest threat for them. India would thus be hoping that he is not rusty after being out of action in the last few ODIs. Ashwin was the star performer for India in the previous Test series against Sri Lanka, and he will be keen to exploit the conditions at home. 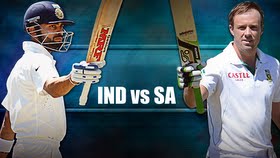 The other spinner, leggie Amit Mishra, will under pressure of a different kind. He has been in the news for the wrong reasons of late, and it remains to be seen how the off-field events affect his on-field performance. India will ideally not want it to be a distraction. The third spinner in the fray is Ravindra Jadeja, who has made a comeback on the basis of his stellar domestic performances. The left-arm spinner will have a point to prove for sure, for his critics will be baying for his head in case he proves to be a failure once again.

There is a quandary for India in the batting as well. Cheteshwar Pujara shone as makeshift opener in the third Test in Sri Lanka, and Lokesh Rahul also got a century in the series. As such, India have four openers to choose from, with Shikhar Dhawan and Murali Vijay, the regular openers fit. Dhawan has hit a couple of tons in his last two Tests, and returns to the venue where he made his sensational Test debut a couple of years back. Virat Kohli, Ajinkya Rahane and Rohit Sharma should complete the batting line-up, with Umesh Yadav likely to be the lone pacer.

South Africa will be keen to continue their great form in the Tests as well. Their batting will be heavily dependent on AB de Villiers, Hashim Amla and Faf du Plessis. Amla isn’t in great form, so that will be a cause of worry for the visitors. But, they would be pleased with the form Dale Steyn and Morne Morkel have shown on tour thus far. In the current circumstances, legspinner Imran Tahir also will be a threat. In the recent past, the move of preparing turners has backfired on India, and Kohli should be wary of the same. 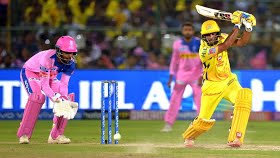