Back
Feel like a youngster too: Shikhar Dhawan on batting with Shubman Gill

Shikhar Dhawan and Shubman Gill started opening together in the West Indies since KL Rahul was unavailable and Rohit Sharma was rested for the one-dayers. They enjoyed themselves and put together a couple of impressive stands.

On Thursday, August 18, they continued their impressive form as openers. Chasing 190, the duo added an unbeaten 192 in 30.5 overs as the Men in Blue thumped Zimbabwe by 10 wickets in the opening ODI of the three-match series at the Harare Sports Club in Harare. Dhawan remained unbeaten on 81 and Gill on 82. The former began in aggressive fashion, but was content playing second fiddle once the youngster opened up.

Speaking after India’s thumping in the first one-dayer, Dhawan asserted that he enjoys batting with young Gill. He said, "I am enjoying batting with the youngster [Gill] and I feel like a youngster too. I enjoyed the consistency from West Indies.” 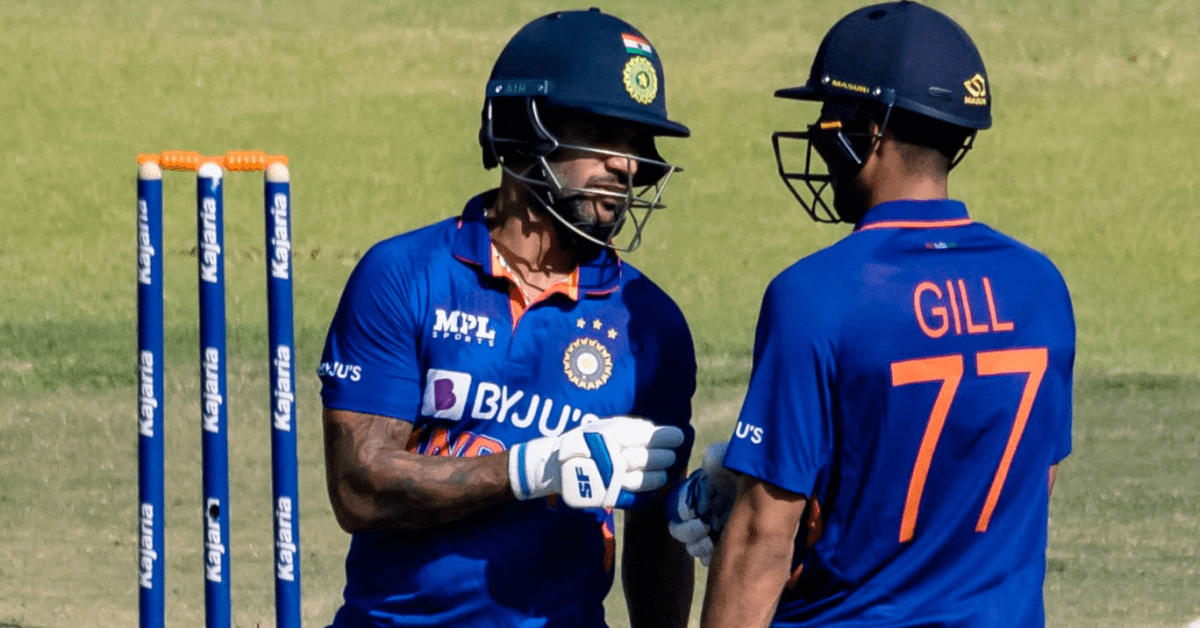 Dhawan added about the impressive opening partnership, "I knew that once I was set, I would go after the bowlers. I wanted to rotate the strike as well and then was to accelerate. My rhythm with Gill has settled nicely. The way he bats and times the ball is lovely to watch. He has shown the consistency in converting fifties into bigger fifties.”

Apart from his batting exploits, the veteran left-hander was sharp in the field as well. He took two catches at slip to dismiss Sean Williams and Sikandar Raza. Speaking about his fielding, the 36-year-old asserted, "I enjoy [catching in slips] and it has become easy with experience.”

Earlier, Deepak Chahar, Axar Patel and Prasidh Krishna claimed three wickets each to bundle out Zimbabwe for 189 in 40.3 overs. Chahar was returning to international cricket after a few months, having suffered a hamstring and a back injury.

Sharing his thoughts on Chahar, Dhawan commented, "Our bowling unit did well and it was nice to see Deepak Chahar come back from injury and pick up three wickets. I am sure he would be feeling confident as well.”

The second ODI of the three-match series will also be played at the Harare Sports Club in Harare on Saturday, August 20.