Latest News
Are you a true fan of games? Let's explore the most famous online casino games India. Information about NZ can be found on onlinecasinosrealmoney.co.nz.
Plenty of sports to choose from betting-sites.in and enjoy HD quality live casino games from all around the world.
• When we have been playing cricket, we have been applying ourselves: Kane Williamson on rain-affected India series 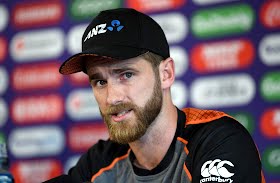 Both New Zealand and Indian captains, Kane Williamson and Shikhar Dhawan, admitted that rain was a major disappointment in the entire series comprising three T20Is and ODIs. The series, somewhat fittingly, ended with an abandoned game in Christchurch on Wednesday, November 30.

• What were they playing for? Steve Waugh questions logic of Australia-England ODIs immediately after T20 World Cup 2022

Former Australian captain Steve Waugh reckons that too much cricket is being played currently. Referring to the recently-concluded one-day series between the Aussies and T20 world champions England, he lamented that Australia "has almost overdosed" on the game, as a result of which there was hardly any interest in the series between the two sides.

• IPL is the best thing to happen to Indian cricket: Gautam Gambhir

Former Indian cricketer Gautam Gambhir has claimed that the Indian Premier League (IPL) is the best thing to have happened to Indian cricket. He also stated that it was unfair to blame the league for the national team’s poor performance, adding that only the players must be held accountable.

• I'm not looking so far ahead: Shubman Gill on opening for India regularly in ODIs

Young Team India batter Shubman Gill has stated that he not thinking of the possibility of being a regular member of the ODI outfit as of now. He asserted that his aim presently is to make the most of his opportunities and leave an impact.

• We can't play in T20 mode straightaway in fifty overs because there is more time: Shreyas Iyer after Auckland defeat

New Zealand came up with an excellent effort to beat India by seven wickets in the first one-dayer in Auckland on Friday, November 25 and go 1-0 up in the three-match series. Sent into bat after losing the toss, the Men in Blue put up 306/7 as Shreyas Iyer (80), Shikhar Dhawan (72) and Shubman Gill (50) struck half-centuries, while Washington Sundar (37* off 16) played a nice cameo. However, in the chase, Tom Latham struck a brilliant 145* off 104 balls as the hosts cruised to victory in 47.1 overs. Latham and Kiwi skipper Kane Williamson (94* off 98) added an unbroken 221 runs for the fourth wicket.