Following the conclusion of day three of the Chennai Test between India and Australia, M S Dhoni became the seventh wicket-keeper in the history of Test cricket to register a double century. Here’s a look at the other six players to have achieved this rarest of rare feat.

Following the conclusion of day three of the Chennai Test between India and Australia, M S Dhoni became the seventh wicket-keeper in the history of Test cricket to register a double century. Here’s a look at the other six players to have achieved this rarest of rare feat.

Ahmed was the first ever wicket-keeper to register a Test double hundred. He did this against the Kiwis at Lahore in October 1955. Batting first, New Zealand had managed 348 courtesy NoelMcGregor’s century. In reply, Pakistan were bolstered by Ahmed’s knock, which took them to 561. Ahmed batted for 388 minutes and slammed 28 fours during his stay. The innings also saw a big hundred by Waqar Hasan, but was Ahmed’s knock that made the difference as Pakistan won the Test by four wickets.

It was 25 years before another wicket-keeper got a Test double hundred. Once again, the batsman was from Pakistan, and the venue this time was Faisalabad, in March 1980. Chasing a massive 617 posted by the Aussies batting first, the hosts replied with vengeance, making 382 for 2 as the game ended in a high-scoring draw. Opening the innings, Arif batted for 435 minutes and faced 379 balls, in a knock studded with 20 fours. He was well supported by Javed Miandad, who was unbeaten on 106. Australia’s massive score was built around Greg Chappell’s 235 and Graham Yallop’s 172.

This is the most famous double hundred by a wicket-keeper since Kuruppu registered the score on his Test debut. Sri Lanka batted first in the game at Colombo, and opening the innings in his very first match, Kuruppu faced 548 balls during a marathon 777-minute stay at the crease. He hit 24 boundaries and was unbeaten when skipper Duleep Mendis declared the innings at the score of 397 for 9. New Zealand made 406 for 5 in reply, courtesy hundreds from Jeff Crowe and Sir Richard Hadlee as the game ended in a stalemate. 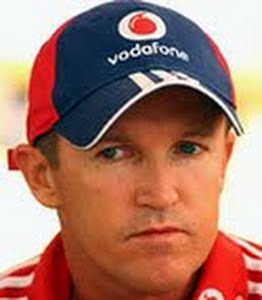 The elegant Zimbabwean left-hander’s knock remains the highest score by a wicket-keeper in Test cricket (unless Dhoni goes on to break it). Flower engineered what is considered one of the greatest ever escapes in Test cricket. Chasing India’s first innings score of 609 at Nagpur, New Zealand were made to follow on after they were bowled out for 382 in their first essay. An Indian win seemed a mere formality. Flower, however, stood firm for 544 minutes and played out 444 balls as Zimbabwe made 503 for 6 to save the game. Flower was aided by Alastair Campbell, who made 102.

Australia batted first at Johannesburg and, after Matthew Hayden and Damien Martyn had punished the Proteas en route to their centuries, Gilchrist doubled their agony. He blasted 204* in 213 balls with 19 fours and eight sixes, as Australia amassed 652 for 7 before declaring. South Africa’s batting collapsed in both the innings as Australia won by an innings and 360 runs.

The classy southpaw has scored many double hundreds, but not all of them have come as wicket-keeper batsman. This particular score came early in his career, when he was doing the dual role. Responding to Pakistan’s first-innings score of 234 at Lahore, Sangakkara’s 230 took them to 528, which was enough for them to clinch the Test. Sangakkara batted for 480 minutes. This was after he had kept wickets for 67 overs!

Did you know? Andy Flower was 199 not out in a Test against South Africa at Harare in September 2001.