One thing is clear. While South Africa are the best Test side in the world today, partly because Australia have declined steadily, and England’s haven risen to glory in all parts of the world, the same cannot be said about their one-day outfit.

One thing is clear. While South Africa are the best Test side in the world today, partly because Australia have declined steadily, and England’s haven risen to glory in all parts of the world, the same cannot be said about their one-day outfit. Yes, they remain among the top sides in the format, and have been there ever since their re-admission to international cricket. But even two decades later, they haven’t managed to shed away the chokers tag. AB de Villiers had no option but to admit that South Africa weren’t good under pressure situations after the Proteas once again fell in the knockout round of the Champions Trophy. 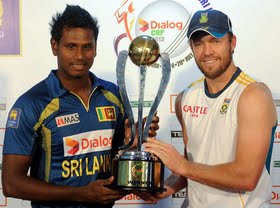 For long the South Africans had been maintaining that they weren’t chokers, and it was just a case of bad luck being on their side in crucial matches. But, the fact is that you can’t lose out only because of bad luck over such an elongated period. Yes, the chokers theory began on an unlucky note, when they knocked out in the 1992 World Cup on the basis of an unfair rain rule, but since they seem to have gone in key matches with a mindset that they are jinxed to lose the big matches. This is one of the reasons they have never made it to a World Cup final till date.

What South Africa lack in the one-day format is the kind of dynamism needed to succeed in all conditions against all kinds of oppositions. In that context, South Africa’s skills will be on test since they haven’t always been at their best while playing in the subcontinent. This again comes down to the flair aspect, which the Proteas haven’t shown when needed, especially when the chips are down. Also, beating Sri Lanka in their down den is among the toughest propositions in world cricket. So, AB de Villiers and his men will have to come up with something extra special to secure victory.

Speaking of de Villiers, he will have a big role to play in the side both as leader and batsman. He is a confident man, who believes in his team and his talent, but even de Villiers hasn’t been able to help South Africa out when it comes to shedding the chokers tag. This series will once again test his aptitude, and demonstrate whether he is the man who is capable of taking South African cricket forward. As leader, he has to display a greater sense of maturity in the subcontinent. And, with the bat, he will need to come up with the big knocks that inspire the team.

There are some other seniors in the squad too who will need to stand up. Hashim Amla for sure can be expected to come up with some marathon knocks. However, just like others in the team he has also faltered in the key matches, which have hurt South Africa in a big manner. This is an aspect of the game he needs to work on. Among the others Jean-Paul Duminy and Faf du Plessis will have to stand up to the challenge. They are some fitness worries in the bowling department, and South Africa can only hope that they are sorted out in time.