In the lead up to the Mohali Test, which began on Saturday, Indian skipper made some pretty interesting observations when it came to DRS, ball-tampering allegations and more during the pre-match press conference. Here's what he said

In the lead up to the Mohali Test, which began on Saturday, Indian skipper made some pretty interesting observations when it came to DRS, ball-tampering allegations and more during the pre-match press conference. Here's what he said. 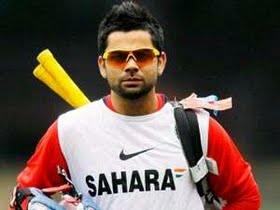 I think it is just one way to make sure that everyone knows the correct decision has been made or not. The 'umpire's call' bit everyone understands because they are the people who are given the job to make decisions and it is respected even in the DRS System. I think that is pretty fair. A lot of people don't understand that. If the on-field umpire has made the call, then obviously the benefit has to go to him, what his vision of the decision was and then DRS just confirms that particular decision. If it is really, really off, then DRS corrects it but if it is marginal, then you got to respect it. That's all it does. I think it clarifies the decision that is made on the field. I think that's absolutely fine.

It’s an attempt by some people to take the focus away from the game to be honest. It happened in the Hobart Test between Australia and South Africa, It didn’t come up in Rajkot. No mention of it till the Vizag victory. Newspaper articles don’t matter over ICC. I don’t read newspapers and was told about it later. If I was doing something, ICC would have spoken to me.

We are pretty excited to have him back although we won't have thought about Saha getting injured at this stage. It's part of the game. Parthiv understands the situation he is in. I am pretty glad he respects that and he's still looking forward to the opportunity and try to make a mark. He knows when we plan to take two wicketkeepers away, this is the opportunity. Luckily Parthiv's attitude has been great. I don't see any nerves. He's played enough cricket to understand this kind of position and situation. He's pretty excited to be back and make a mark. He's been performing consistently well in first-class cricket for the last few years. He's guy who has experience at the Test level.

I think he started off pretty well. He carried on his limited-overs form into Test cricket. I was actually quite surprised to see him being left out after a couple of bad runs. I think he's a very talented player and can do really well for England. He performed really well in Bangladesh recently in the ODI series where he showed composure. We understand his potential and quite aware of what he brings to the table. It's a good opportunity for him to play in these conditions. He's played in the IPL also. He would obviously know what these conditions are like.

Moeen (Ali), I think he is a pretty terrific bowler. He makes an impact in England as well, so he understands which lines and lengths to bowl, what speed to bowl at. Even Adil, I payed against him at the Under-19 level and I told him in Rajkot I was surprised he didn't make it to the England squad in the next two years when we played back in 2006 he was that good even then. So we understand the quality these guys bring to the table for England. Not everyone plays for England in Test matches. We respect that but at the same time, we understand and we believe that we are good enough to counter that.