Favourites clash in battle for semis

Hosts Sri Lanka and West Indies, both would go into the match against each other high on confidence. Lanka, following their Super Over win against New Zealand, and West Indies having overcome the English challenge.

Hosts Sri Lanka and West Indies, both would go into the match against each other high on confidence. Lanka, following their Super Over win against New Zealand, and West Indies having overcome the English challenge. When they take on each other, however, the past glories wouldn’t count. What would matter is how good they are on the day. It would be a crucial game in the context that however wins would be almost assured of a place in the semi-finals. Even though the Lankans would believe that they have a slight advantage playing at home, this Windies side is talented enough to knock over the best. 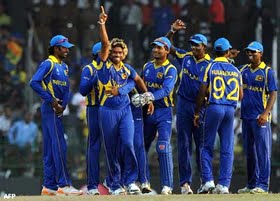 Though the hosts managed to overcome the Kiwis in the Super Over, the match should never have gone that far, especially after the kind of rollicking start Tillakaratne Dilshan and Mahela Jayawardene gave them. They should, in fact, have coasted to victory. The fact that they didn’t means some work has to be done in middle-order. While Kumar Sangakkara would be expected to come good, Lahiru Thirimanne and Jeevan Mendiswill also play crucial roles considering their position in the batting order. Sri Lanka need them to strike form.

Ajantha Mendis hasn’t yet managed to recover completely from his side strain, but is expected to play in the crucial game against West Indies. Following the heroics against Zimbabwe, his magic hasn’t been as effective, so he would be keen to turn the tables. The other spinner Lanka used against New Zealand, Akila Dananjaya, is also suffering from injury. So, Lanka might be forced to make some changes in their line-up. The presence of Lasith Malinga, who bowled the Super Over against the Kiwis, would continue to be key for them.

Darren Sammy’s men put up a wonderful batting exhibition against England. Johnson Charles played his best knock as yet in international cricket while Chris Gayle continues to mesmerise with big-hitting skills. And with Marlon Samuels, Dwayne Bravo and Kieron Pollard, all of whom have been in reasonably good touch in recent times, to follow, West Indies’ batting wears a formidable look. Still, it would be interesting to see how they tackle the Ajantha Mendis threat.

Speaking of mystery spinners, West Indies have one of their own in Sunil Narine. The unorthodox slow bowler did not have a great last game, and his skills would surely be tested against Sri Lanka, a team considered among the best players of spin. This is one contest within the battle that could go a long way in determining the result of the clash. West Indies would also be keen to play Samuel Badree after his comforting spell against England. However, as stated above, Lanka would be different kettle of fish. If Badree comes in in either Andre Russell or Fidel Edwards would have to sit out. A tough call.

The side which tackles the mystery spinners better might well clinch the battle of favourites.