Poor batting, not pitch, to blame for India’s embarrassing loss

Indian skipper M S Dhoni’s comment that the poor pitch at Hambantota led to their massive loss in the second ODI was rather surprising to say the least.

Indian skipper M S Dhoni’s comment that the poor pitch at Hambantota led to their massive loss in the second ODI was rather surprising to say the least. Yes, the conditions were tough early on, but not unplayable as Indian batsmen made it look out in the middle. Remember, they had made a great start to the game, without having to put in much effort, but faltered once the Lankan bowlers, Thisara Perera, in particular, got their act together. If indeed the poor pitch led to most of top Indian batsmen failing, how come Gautam Gambhir batted till the very end of the innings? 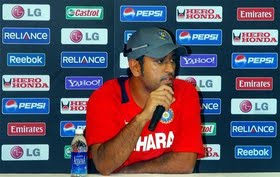 Even if one agrees with the Indian captain when he says that the conditions were tough, his statement is indirectly proclaiming that Indian batsmen can do well only if conditions permit them to do so. If that is the case, they we know the real reason why the Indians faltered miserably in England, but blanked the same team in the ODI series that followed at home. Midway during India’s disastrous tour of Australia, Gambhir had defended the team’s performance, pointing out of the fact that they had beaten the same team at home during Australia’s last visit. Both comments are a clear indication of the mindset of modern Indian players, who have been witness to the IPL era.

Cricket is a game of challenges, where teams play home and away, test themselves in different conditions, and pride themselves on the same. Greats like Vivian Richards, Sachin Tendulkar and Steve Waugh have made runs in all parts of the world, and not just at home, which is what makes their likes stand out from the rest. If players aren’t willing to fight it out and deliver the goods in challenging circumstances, the whole purpose of playing a game of cricket is killed.

Agreed, this is a new era, and just like item girls can make a career out of Bollywood, a cricketer can also survive succeeding only in the T20 format. However, history won’t remember such players and teams with any kind of fondness. A cameo played in a T20 game is difficult to recall even few hours after a game is over. In stark contrast, brilliant knocks in Tests and ODIs linger on in memories. Will people who watched Sachin murder the Aussie bowling line-up at Sharjah in 1998 even forget those two wonderful knocks? And will history ever forget Lance Klusener’s antics in the 1999 World Cup? Never.

The scene with the present Indian squad is that they are awesome when the conditions are in their favour and pathetic when it is the opposite. Wonder what Dhoni meant when he said India would be ‘an improved side in Sri Lanka.’