Even as Ravichandran Ashwin has hogged most of the limelight in India’s good performances at home in recent times, his left-arm spinning partner Pragyan Ojha hasn’t been a mere supporting hand. In fact, Ojha has matched Ashwin’s performances in most games where they have featured together.

Even as Ravichandran Ashwin has hogged most of the limelight in India’s good performances at home in recent times, his left-arm spinning partner Pragyan Ojha hasn’t been a mere supporting hand. In fact, Ojha has matched Ashwin’s performances in most games where they have featured together. His first-innings five-for at Ahmedabad was his third five-wicket haul in 16 Tests and, the way he is performing there are many more to go for sure. Even so, Ojha hasn’t been getting enough credit for his performances since Ashwin is heaped with most of the praise being the more talented of the two spinners. Of course, the offie deserves credit for his wonderful performances in a short career thus far, but it is also a fact that Ojha must get his share of praise as well. Here’s a comparison of Ojha’s career with some of the other prominent left-arm spinners to have played for India. 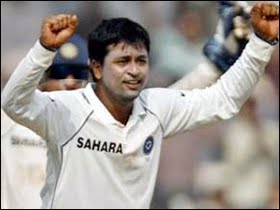 Ojha: Having played 16 Tests, Ojha has so far scalped 75 wickets at an average of 31.82. His figures include three five-wicket hauls and three four-wicket hauls as well. His best has been 6/47 for far, with an excellent economy rate of 2.75 and a strike rate of 69.2.

Bishen Singh Bedi: The greatest left-arm spinner to have ever played for India, Bedi represented the nation in 67 Tests and claimed 266 wickets at an impressive average of 28.71. During his stint, Bedi grabbed 14 five-wicket hauls and 13 four-wicket hauls. This also included 10 wickets in match once. Bedi’s strike rate of 80.3 was slightly on the higher side, but his economy of 2.14 was very good. His best figures in an innings were 7/98. There has never been anyone quite like Bedi in Indian cricket ever since he retired.

Maninder Singh: He was supposed to be the next Bedi in Indian cricket. But, after a promising start to his career faded away completely into oblivion. Singh represented India in 35 Tests, but managed to take only 88 wickets at a disappointing average of 37.36. Singh’s career stats featured only three five-wicket hauls and five four-wicket hauls. He had an economy rate of 2/40 with a best of 7 for 27. For a player of Singh’s talent, one has to term him as an underachiever.

Venkatapathy Raju: The Hyderabadi wasn’t highly talented, yet managed to end up with decent figures. He was particularly effective at home in helpful conditions. Representing India in 28 Tests, Raju picked up 93 wickets at an acceptable average of 30.72. He grabbed five wickets in an innings five times and also has a ten-wicket match haul to his credit. Raju’s best figures in an innings were 6 for 12. Like Maninder Singh, one feels even he could have done a lot more.

Murali Kartik: He was unlucky to have played only eight Tests for India, picking up 24 wickets at an average of 34.16 and a best of 4 for 44.

Looking at the above figures, it is clear that, since Bedi, no Indian left-arm spinner has been able to make a serious impression in Test cricket. Hopefully, Ojha can end the lean spell.