MS Dhoni: India’s best captain at home and worst away

Till a couple of years back, MS Dhoni was being hailed by many as the greatest captain India has ever had.

Till a couple of years back, MS Dhoni was being hailed by many as the greatest captain India has ever had. And why not, India had won the World T20 and the World Cup under him, and had even reached the pinnacle of Test rankings. But things have changed drastically ever since. India have now not won a single Test away from home since a victory against the lowly-ranked West Indies in June 2011. Also, under Dhoni, India now have lost 10 of their last 13 away Tests – the sequence began in England with the 4-0 drubbing, followed with a similar scoreline in Australia, they then went down 1-0 to South Africa and the Auckland Test is the latest setback. 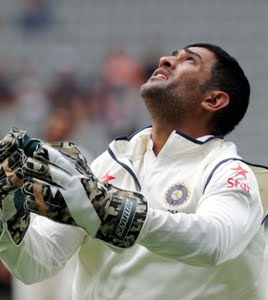 In spite of the away setbacks, Dhoni maintains a decent overall record as skipper. At the end of Auckland Test, he had led India in 52 Tests, having won 26 of them, losing 14 and drawing 2. But, it is the losses that are really striking. As mentioned earlier, they have lost 10 Tests combined in Australia, England, South Africa and New Zealand. In addition, India also went down to England at home 2-1, which raised further question marks over Dhoni’s captaincy even in Indian conditions. Back in 2010, India lost one Test against South Africa at home in a drawn series. A similar result was achieved in Sri Lanka the same year.

If you look at away victories, the only one of note for Dhoni has been the one at Durban back in 2010. They did win one Test in New Zealand as well, but that was also quite a while back, in 2009. Leaving aside a Test win each in Bangladesh and Sri Lanka, India’s only other Test win away from home has come in West Indies, and even that was a struggle. During the 2011 tour, India won 1 and drew 2 Tests to gain an unimpressive series win, their last away from home as mentioned earlier.

In contrast to Dhoni, Sourav Ganguly lost 10 Tests away from home – 1 in Zimbabwe, 2 in Sri Lanka, 1 in South Africa, 2 in West Indies, 1 in England, 2 in New Zealand and 1 in Australia. The stats are not very impressive for sure. At the same time, Ganguly led India to Test wins in England, Australia, Sri Lanka, Pakistan and West Indies – one each apart from three each in Bangladesh and Zimbabwe.