Is Shane Watson an overrated all-rounder?

The innings played by Shane Watson on the opening day of the second Ashes Test at the Adelaide Oval is symptomatic of how his Test career has panned out.

The innings played by Shane Watson on the opening day of the second Ashes Test at the Adelaide Oval is symptomatic of how his Test career has panned out. There have been plenty of expectations from the talented all-rounder ever since he made his debut in 2005 (and every time he has not been injured). Often, Watson’s knocks have promised plenty, but have not delivered to the level they should have. His innings at Adelaide falls in the same category. Watson looked in little trouble while reaching a half-century, before playing a nothing shot to be out caught and bowled. 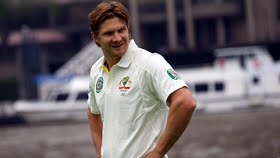 It will be fair to say that Watson hasn’t done justice to the kind of talent he possesses. The ongoing Adelaide encounter is his 48th he still has only three Test hundreds to show. Yes, he batted down the order for first half of his career, but he has got enough opportunities to bat in the top half of the batting order in the second half of his career, but hasn’t quite grabbed the opportunities that have come his way. In fact, a closer look at Watson’s career, and it would be clear that it has been a case of missed chances.

While Watson has only three hundreds to his name till date, he could have added a lot more had he been hungry for bigger scores. Instead, his record shows that since being asked to bat up the order, he has made 96 in Adelaide against West Indies in December 2009 and 89 against the same opponents at Perth in the next Test. In the same month, he made 93 and 120 not out (his maiden Test hundred) against Pakistan at Melbourne. It was expected that the first century would lead to many others, but it hasn’t been the case.

In the very next Test at Sydney against Pakistan, in January 2010, he was dismissed for 97 in the first innings. He got a 65 against New Zealand at Hamilton in March 2010. Then came his best match as a batsman, at Mohali against the Indians in October 2010. He made his second Test hundred, 126 in the first innings and 56 in the second. Again, hopes of similar efforts from Watson were raised, but he has gone on to disappoint once again, with numerous starts not being converted into tons.

Watson came up with 95 against England at Perth in December 2010, 88 against South Africa at Johannesburg in November 2011, 83 against Sri Lanka at Melbourne in December 2012. This was followed by many other starts, before he smashed 176 at The Oval in August this year. The innings though did not mean much since Australia had already lost the Ashes. Further, Watson is considered as an all-rounder in the team, but he only has 64 wickets to show. Constant injuries have hampered his bowling, and he has only managed three five-wicket hauls in his Test career.

The stats make us wonder whether, in spite of his talent, Watson is a highly overrated cricketer.