Mumbai Indians are the defending champions in the IPL. After a poor start in the initial years in the league, they have roared of late. Mumbai are ably lead by Rohit Sharma, who has been among the most dangerous players in the league over the years

Mumbai Indians are the defending champions in the IPL. After a poor start in the initial years in the league, they have roared of late. Mumbai are ably lead by Rohit Sharma, who has been among the most dangerous players in the league over the years. But, Rohit is coming off the back of a poor World T20. So, it remains to be seen whether he can hit his straps straightaway. Mumbai will be depending upon him for the big scores, for when he gets his eye in, he can really tear into the opponents. Mumbai have always been among the favourites to win the tournament, and this year will be no different.

Star Batsmen: Apart from Rohit, Mumbai have a number of batsmen who can be match-winners on their day. Kieron Pollard will be among the key batsmen. He wasn't part of the West Indies World T20-winning outfit, but when it comes to Mumbai, he clearly is a match-winner. Jos Buttler is a wise selection since is a big tonker of the cricket ball. In Windies' Lendl Simmons, they have another proven match-winner, who is coming off the back of an incredible innings in the World T20 semi-final. Among the experienced Indians in the squad, there is Parthiv Patel, who has even opened in the past, and Ambati Rayudu, who is a permanent member of sorts.

Star bowlers: As always, Lasith Malinga will be among the keys to Mumbai's success. But, the worry for the team would be his fitness. Malinga featured in only one match in the World T20, before flying back home due to injury. Mumbai would hope he is fit for the majority of the tournament. The other bowlers, who will have to play an important role include, Tim Southee, who wasn't needed by New Zealand in the World T20. Another Kiwi, who is part of the squad is Mitchell McClenaghan. In the spin department, Harbhajan Singh would be the key. Among the upcoming talents, pacer Jasprit Bumrah will be one to watch out for, especially after his impressive performances for India.

All-round ability: Mumbai have some fine all-rounders in the team. Corey Anderson, who is a big-hitter with the bat, and can pick up wickets as well with his medium pace, is the first name that stands out. Then, there is also Hardik Pandya, who had a mixed time with the ball in the World T20, but displayed his hard-hitting ability with some impressive cameos. In IPLs, Rohit has also proved successful as an all-rounder, as have Harbhajan and Pollard. So, Mumbai definitely have the x-factor going for them. 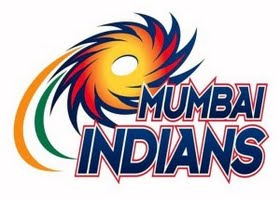 Previous performances: In 2008 and 2009, Mumbai were ousted in the league stage despite having Sachin Tendulkar at the helm along with some big international stars. They were runners-up in 2010, and fell at the play-offs stage the next two years. It was in 2013 that they finally managed to lay their hands on the trophy coming up with a methodical performance. In 2014, they again stumbled at the play-offs stage. But, last year, they recovered from a horrible start to win the title a second time.