You cannot judge a player on the basis of one or two games: Avesh Khan

Indian fast bowler Avesh Khan has hailed head coach Rahul Dravid after his fine four-wicket haul in the Rajkot T20I against South Africa. There were a few critics who felt that Avesh should have been replaced after he went wicketless in the first three matches of the series. However, the Indian think tank stuck to him and the 25-year-old delivered with figures of 4 for 18.

India batted first in the match after losing the toss. They recovered from a shaky 81 for 4 to post 169 for 4 on the board. Dinesh Karthik scored a superb 55 off 27 while Hardik Pandya contributed 46 off 31. Defending the total, Avesh starred with four scalps, including three in one over towards the end of the game.

Speaking after the match, Avesh said, "The team hasn't changed over four games, so credit to Rahul (Dravid) sir. He gives chances to everybody and intends to give them a long enough run. He doesn't drop a player after one or two bad performances because you cannot judge a player on the basis of one or two games. Everyone is getting enough matches to prove themselves.” 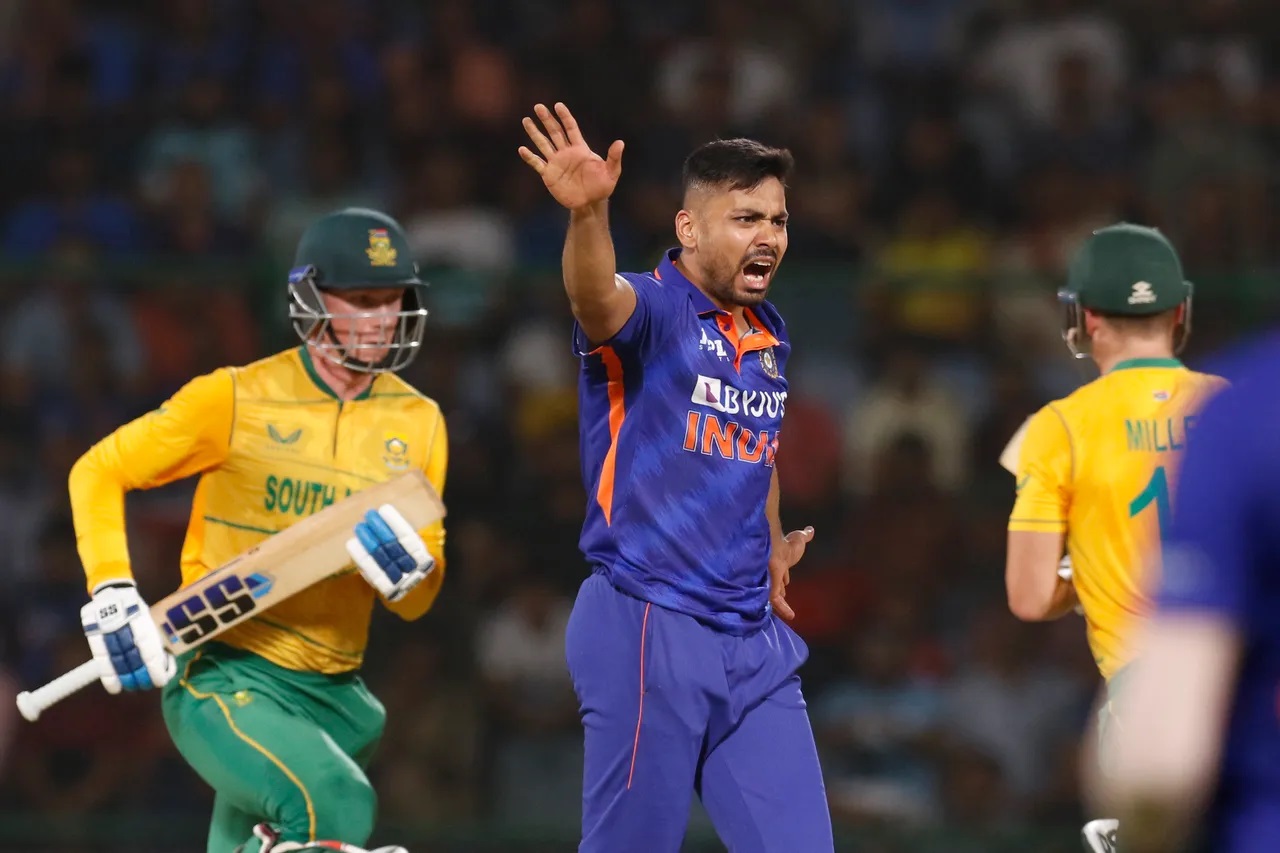 The Madhya Pradesh pacer has registered 0/35, 0/17 and 0/35 in the first three matches before Friday’s performances allowed India to square the five-match series 2-2. Speaking about the pressure he was under, Avesh said, "I had zero wickets in three games but Rahul sir and the team management gave me another opportunity today and I ended up picking four wickets. It's also my papa's birthday, so it's a gift for him too.”

At the post-match conference, he also revealed that he spoke to opener Ishan Kishan over how the wicket was playing and then decided what length he would bowl. Avesh added, "Whenever we are batting first, I always end up asking the batters how the wicket played, whether it was two-paced or not.”

He continued, “I spoke to Ishan (Kishan) today and he said that hard length balls aren't easy to play; some are bouncing, some are stopping and the others are keeping low. Then I planned to attack the stumps and bowl the hard lengths consistently. It's in my hands to bowl well, not pick wickets.”

With the series tied 2-2, India and South Africa will now meet in the decider in Bengaluru on Sunday (June 19).