IPL 2020 changes: From all-star match to concussion substitute -- all you need to know

The 13th edition of the Indian Premier League (IPL 2020) will see a lot of interesting changes. For the first time in IPL history, an all-star match featuring players from all eight franchises will be held three days prior to the start of the tournament and you can bet on betway. (Check Betway review to learn how to place bet). The decision was taken following the IPL governing council meeting on Monday in New Delhi attended by BCCI president Sourav Ganguly and IPL governing council chairman Brijesh Patel. Following the meet, it was confirmed that the tournament will kick off with the first match to be played on March 29 while the final will be played on May 24. Both the opening game and the final will be played in Mumbai.

Unlike predicted in many reports though, there is no change in match timings. Host broadcaster Star India wanted a start earlier than 8 pm IST. However, many franchises opined that this would bring in the dew factor significantly. Ganguly also informed that this time there will only be five double-headers. 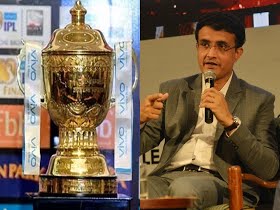 Further, as it happens in Tests as of now, concussion substitutes will also be allowed in IPL 2020 for affected teams. The IPL governing council also approved the same. It will be the match referee who will have the final say on whether or not a player is eligible to come in as a concussion substitute.

As revealed earlier, an off-field umpire will monitor no-balls starting the 2020 edition. The new rule comes into effect in the wake of a huge controversy that erupted last year during the match between Royal Challengers Bangalore and Mumbai Indians. A big no-ball by Lasith Malinga was not spotted by S Ravi, who was back then on ICC's Elite Panel. Patel confirmed that an additional official would be in charge of looking after no-balls.

Last, but not the least, one more side will be added to the women's T20 exhibition matches that are held during IPL. Back In 2018, Supernovas and Trailblazers contested a last-ball thriller. Last year, one more team Velocity entered the frame.

Mumbai Indians are the defending champions in the IPL and will start among the favorites once again.