There are two ways of looking back at India's performance in the 2015 ICC Cricket World Cup.

There are two ways of looking back at India's performance in the 2015 ICC Cricket World Cup. One, that they lost a great opportunity to go all the way after winning seven matches in a row. However, a more mature view of how India fared in the World Cup would be to realise that they exceeded expectations in reaching the last four. It has been told to death that India were winless in Australia going into the World Cup. As such, no one expected to win seven games in a row. The fact that they achieved the same after such a horrendous run is a tribute to their talent, and their ability to rise to the challenge on the big occasion. 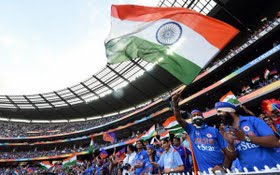 They fell apart against Australia in the semi-finals because the latter had a much stronger side, and had players who could utilise the conditions better. This was no surprise since Australia had been dominant over India right through the summer, and they needed to come up with an exceptional effort to change the same. Team India were just not good enough for that. Although the Indian bowlers had been excellent throughout the World Cup, they seem to have developed a mental block over Steve Smith, just as the case is with South Africa and semi-finals. The Indian bowlers could do nothing as Smith took the game away.

In spite of the loss, India can take away a lot of positives from the tournament. Their batting as well as bowling was impressive in most games, and winning seven games in a row while bowling out opponents was some feat. Their performance in the first two games was extraordinary, coming out of nowhere in the wake of a dismal showing in the Tests and tri- series. The win against Pakistan at Adelaide was achieved via a very good all-round effort, but it was the triumph over South Africa at Melbourne that would be looked back as India's finest hour in the 2015 World Cup. They overcame a strong Proteas outfit against all odds to give wheels to their campaign.

Almost everyone put their hands up and delivered for Team India over the course of a month and a half. Shikhar Dhawan who was vilified in the run-up to the World Cup delivered a fantastic performance with two hundreds and gave India good starts. Rohit Sharma started slowly but came into his own as the tournament progressed, and made a crucial hundred in the quarter-final. Suresh Raina began the World Cup on a high against Pakistan, and made serious contributions towards the second half of the World Cup as well, against Zimbabwe, and in the quarters against Bangladesh. MS Dhoni bailed India out of trouble more than once.

If you take out the semi-final game against Australia, and the match against Zimbabwe, their bowlers excelled in most games. Mohammed Shami and Umesh Yadav impressed with their pace, and blew away a number of opponents. Mohit Sharma proved to be the perfect foil while Ravichandran Ashwin stood up as well. What India missed was a genuine all-rounder as Ravindra Jadeja's limitations were laid bare yet again. Above all, the lack of runs from Virat Kohli hurt India. After the ton against Pakistan, he did nothing of note. And his fatal pull against Australia, marked the beginning of India's demise in the semi-finals.