England’s best batsman of the Ashes so far, Dawid Malan, says the series may England

England’s best batsman of the Ashes so far, Dawid Malan, says the series may England need to remain aggressive in the last two Tests.

Australia reclaimed the Ashes following the innings win at Perth. Malan who has scored over 300 runs for England, however told AFP, "I believe we need to be as aggressive with these guys as they are with us.” 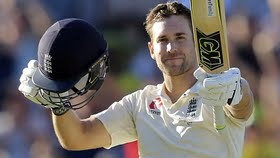 "If you ever take your foot off the gas with these blokes, they seem to really dominate. I think batting, bowling or fielding we have to be aggressive. One little mistake out here, and these guys seem to pounce on it," added Malan.

Malan also felt the team needed to be mentally strong. "You can look back at all three Test matches and say we were in the driving seat for two or maybe three days," said the batsman, who scored his maiden hundred at Perth.