Three wickets in succession just at the stroke of Stumps on Day 3 have left the Second Test at Harare tantalizingly poised. Zimbabwe are holding onto an impressive lead of 185 runs with six wickets in hand on a pitch that came to life in the final session with the cracks coming into play big time.

Three wickets in succession just at the stroke of Stumps on Day 3 have left the Second Test at Harare tantalizingly poised. Zimbabwe are holding onto an impressive lead of 185 runs with six wickets in hand on a pitch that came to life in the final session with the cracks coming into play big time. Zimbabwe are 121 for 4 in 50.2 overs at stumps. Not so long before the close, the hosts were sitting pretty at 117 for 2 with opener Tino Mawoyo and Hamilton Masakadza batting solidly. Zimbabwe does not have either of them available to stretch their lead tomorrow.

Pakistan’s first breakthrough came when Tino Mawayo was out lbw, with an Abdur Rehman delivery coming in instead of turning away after hitting a crack and also staying low. Mawoyo scored a spirited 57 from 165 balls with 7 fours while putting up a crucial stand of 104 runs for the 2nd wicket. Four balls after Mawoyo’s exit, his partner in the 2nd wicket stand – Hamilton Masakadza was lbw to a Rahat Ali inswinger which cut back off a crack with low bounce. Masakdza contributed 44 from 120 balls with 6 fours.

The final wicket to fall before the close was that of night watchman Tinashe Panyangara, who lasted only two balls before getting caught bat pad at shortleg off Abdur Rehman. Zimbabwe still hold the aces with four specialist batsmen to bat on Day 4 which includes Taylor, Waller and Sibanda.

Update at Tea on Day 3: Zimbabwe have survived the new ball without much damage to go to Tea on Day 3 with a sizeable lead of 94 runs. The hosts are 30 for the loss of makeshift opener Prosper Utseya in the 14 overs bowled before Tea. Utseya, who was asked to open in the absence of the sick Sibanda, was caught at short squareleg playing a full blooded flick off Rahat Ali in the 6th over.

By Tea, Zimbabwe have got opener Tino Mawayo (15* from 50 balls) battling it out with Hamilton Masakadza (4*). 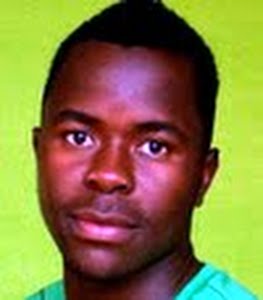 Earlier Pakistan were bowled out for 230 as they lost five wickets in less than an hour after the lunch break to concede a 64-run lead to Zimbabwe! Brian Vitori was the hero for the homeside claiming a five-wicket haul.

Trouble began early after lunch for Pakistan with the well set Younis Khan flicking Panyangara uppishly to mid wicket to get out for 77 (from 223 balls with 9 fours). The same bowler went onto trap left-handed Abdur Rehman lbw with one that cut back off the wicket. Wicket Keeper Adnan Akmal scored only 6 before he tamely edged a loose drive off Vittori to the slips. Saeed Ajmal was caught behind aiming a big shot while Junaid Khan played on a short ball onto the stumps. Vitori took these last three wickets to end up with 5 for 61 in 26.5 overs.

Update at Lunch on Day 3: An ultra defensive approach from Pakistan has brought Zimbabwe back in the contest at Harare with the visitors pegged back at 211 for 5 at lunch time on Day 3. The match itself is progressing very slowly with Pakistan still trailing behind by 83 runs with five wickets in hand in what is only their first innings.

The blame for Pakistan’s slow and negative approach could go on Younis Khan, who has limped to 76 from 219 balls although the positive is that he is still holding the innings together. Despite resuming this morning on 52, Younis could add only 24 more runs in 89 balls. Misbah-ul-Haq, who was competing with Younis with his slow batting got out to a loose drive off Brian Vittori to what was only the second delivery with the second new ball. Misbah was caught at first slip after a 120-ball 33. Nevertheless, the Pakistani Skipper was involved in an important stand of 86 runs for the 4th wicket.

Pakistan received a big blow when Asad Shafiq was bowled through the gate by an indipper from Tendai Chatara which has now opened the floodgates for Zimbabwe. The visitors do not have much batting to fancy their chances of taking a sizeable lead. For the record, Pakistan could only collect 48 runs in 28 overs this morning!