The 15th edition of the Asia Cup is less than a month away and fans from across the world are waiting for all the excitement while six national teams play in the T20 format. The rivalry between India and Pakistan would be most interesting, undoubtedly. The tournament will be held in UAE even though Sri Lanka is being considered the official host. The excitement is to kick start on August 27 and the final match is to take place on September 11. India is the defending champion. It defeated Bangladesh by three wickets in the final.

Six teams will be participating in the 2022 Asia Cup. Five teams have been confirmed while the sixth from Singapore, UAE, Kuwait or Hong Kong is yet to be announced. The qualifying matches for the sixth team may start on August 24.

The five confirmed teams are India, Pakistan, Sri Lanka, Afghanistan and Bangladesh. The last edition was held in 2018 and the COVID-19 pandemic forced the administrator Asian Cricket Council to push forward the tournament. Hong Kong was the sixth team in the 14th edition.

The five confirmed teams have not yet announced their squads for the tournament. The respective cricket boards are probably waiting for the ACC to announce the schedule. India may announce the names following the completion of the current five-match T20I series in the West Indies. It is believed the same team would be for the upcoming T20 World Cup in October and November. 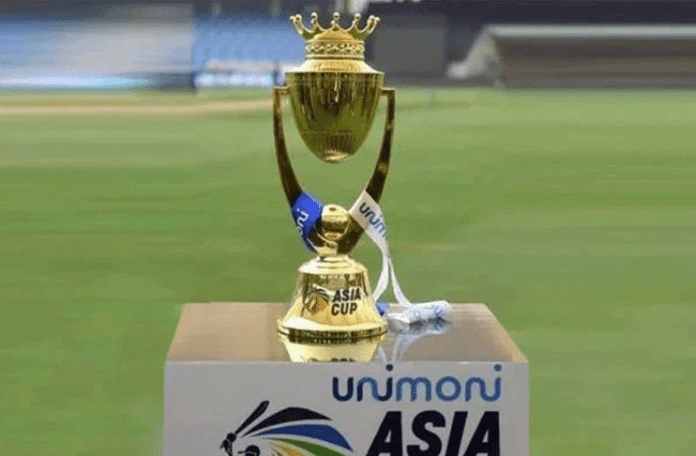 Sri Lanka is the official host of Asia Cup 2022, but the matches will be played in the UAE due to the ongoing economic and political crisis in the country. A total of three stadiums will be hosting the matches and these are the popular Sharjah Cricket Stadium, the Abu Dhabi Cricket Stadium and the Dubai International Stadium.

The upcoming edition was originally scheduled to be held in 2020. It was first postponed from July to September in the same year and thereafter to June 2021 due to the COVID-19 pandemic. The right to host the tournament in 2022 was retained by Pakistan. However, ACC announced Sri Lanka to be hosting the 15th edition while Pakistan the next edition in 2023.

The Sri Lanka Cricket informed ACC on 21 July 2022 that the country is currently facing economic and political crisis and they may not be able to host the matches smoothly. It was therefore decided the tournament would be held in the UAE while Sri Lank would be considered as the official host.

The upcoming Asia Cup will be televised live across the world through various broadcasters and simultaneously the matches will be streamed on various platforms. Star Sports Network has the right to broadcast in India while Ten Sports and PTV will be broadcasting in Pakistan. Gazi TV and SuperSport network are the official broadcasters in Bangladesh and South Africa respectively. Yupp TV is responsible for televising in Australia and New Zealand. Cricket fans in the USA and UK can enjoy live streaming through Hotstar.

The Middle Eastern countries can get all the excitement through the OSN Sports Cricket network.

The first edition of the Asia Cup was played in Sharjah in 1984, about a year after the establishment of the Asian Cricket Council. It is a men's ODI and T20I cricket tournament and is held every two years. Only three teams participated in the inaugural edition - India, Pakistan and Sri Lanka. India won the tournament. Sri Lanka was the runners up.

Bangladesh team was added in the seventh edition played in Bangladesh in 2000. Hong Kong and UAE were added in the eighth edition played in Sri Lanka in 2004. However, the next edition in 2010 was played only by the test-playing nations - Pakistan, Sri Lanka, Bangladesh and India. Afghanistan participated for the first time in 2014. However, the team couldn’t qualify in the next edition in 2016 and UAE was included. It was a five-team tournament.