Bangladesh tailender Abul Hasan took world cricket by storm, slamming a century on Test debut against West Indies. Although the Caribbean’s recovered from the Hasan blaze to win the Test at Khulna, the stunning knock by Hasan would remain among the best played by a lower-order bat in Test cricket. 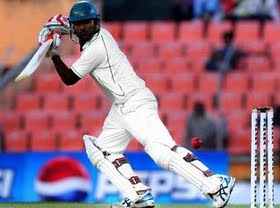 Bangladesh tailender Abul Hasan took world cricket by storm, slamming a century on Test debut against West Indies. Although the Caribbean’s recovered from the Hasan blaze to win the Test at Khulna, the stunning knock by Hasan would remain among the best played by a lower-order bat in Test cricket. Coming in to bat at number 10, Hasan blasted 113 in 123 balls with the help of 14 fours and three sixes. Thanks to the special knock, Bangladesh recovered from a precarious 98 for 5 to finish their innings on 387. For the record, it was the first time in 110 years that a number 10 bat had scored a hundred. A look at a few other lower-order batsmen who rocked and, in the process, shocked the opposition

Tino Best: The third Test of the series between England and West Indies at Edgbaston earlier this year was a dead rubber. England won the first two Tests easily and the opening two days of the final Test were rained out. However, Best ensured that the West Indians had something to cheer for. Coming into bat at number 11, he clubbed 95 runs off 112 balls before falling agonisingly close to a well-deserved hundred. Best’s knock featured 14 boundaries and one hit over the fence as the English bowlers, for once in the series were clueless. Best and Denesh Ramdin, who remained unbeaten on a century, elevated the West Indian score from 283 for 9 to 426.

Harbhajan Singh: In the opening Test of the series between India and New Zealand, Singh slammed his maiden century. India batted first and scored 487 and New Zealand replied with 459. Batting a second time, India were in big trouble. They staggered to 65 for 5 before VVS Laxman and Singh rescued them. The off-spinner hit India out of trouble, scoring 115 off 193 balls with 11 fours and three sixes. Courtesy Singh’s ton, India recovered to 266.

Shane Warne: The legendary spinner fell agonisingly close to a Test century during the third Test of New Zealand’s tour of Australia in 2001/2002 at Perth. The Kiwis batted first and made 534. In reply, Australia were in trouble at 192 for 6 before Warne bailed them out with the bat. Warne made 99 off 157 balls with 10 fours before Daniel Vettori got the better of him, having him caught.

Umar Gul: During Pakistan’s dubious tour of England in 2010, Gul gave the Pakistanis a rare moment of joy, and that too with the bat at Trent Bridge. After England put up 354, Pakistan stumbled to 47 for 6. The match was all but over by then but Gul smashed 65 from 46 balls, blasting 8 fours and 4 sixes as Pakistan managed to recover to 182. Pakistan went on to lose the game by 354 runs, but Gul definitely gave them a reason to cheer.