Highlights of Sri Lanka Innings : Sri Lanka batting first after winning the toss have been restricted to 233 for 8 in the Second Match of the Commonwealth Bank Series against India at the WACA in Perth. Surprisingly it was the spinners doing a great job at this traditionally fast and bouncy pitch! The Lankans were strangled in the middle overs and just could not break free.

It was a poor start for Sri Lanka as they lost Upul Tharanga (4) in the 3rd over when the left hander looked to skip down the track but only to edge an away swinger from Zaheer Khan to the keeper. India failed to make any further inroads as former Skippers - Tillakaratne Dilshan and Kumar Sangakkara took control of the proceedings with a fine partnership. India’s much needed breakthrough came immediately in the first over after drinks when Kumar Sangakkara (26 from 34 balls with 2 fours) tried to drive a length ball on the up from Zaheer Khan, a delivery which moved away with bounce, and the resulting thick edge was caught brilliantly by a diving MS Dhoni infront of first slip.

Sri Lanka from 74 for 2 in the 17th over became 100 for 3 in the 25th over when a well set Tillakaratne Dilshan (48 from 79 balls with 6 fours) top edged his square cut off Ravindra Jadeja to backward point. By this time, the Indian spinners R Ashwin and Ravindra Jadeja were bowling really well, tossing it up and at times the latter was mixing it up with the arm balls. Jadeja even got the ball to turn away. 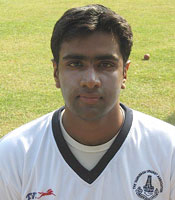 Skipper Mahela Jaywardene (23 from 34 balls with 2 fours) came in at no.5 and put up a 52-run stand with young Dinesh Chandimal before slog sweeping Ashwin into the hands of Rohit Sharma at deep backward squareleg in the 36th over which was also the first of the batting powerplay. Ashwin who only bowled three overs in his first spell had returned back into the bowling attack and he delivered two more blows to the Lankans leaving them at 189 for 6 in the 44th over.

First, Ashwin got one to turn away with bounce to have the big hitting Thisara Perera beaten after leaving the crease for an inside out lofted shot in the 40th over. The 22-year-old Dinesh Chandimal who got to a 3rd half century lost his wicket when he stepped out too close to the pitch of the ball and played all around it in a flick shot. It was also a carrom ball from Ashwin, well tossed up and spun away alarmingly from leg to outside off to have Chandimal (64 from 81 balls with 4 fours) stranded out of his crease. MS Dhoni effected two stumpings of Ashwin to have the Lankans in further trouble.

India couldn’t go onto bowl out the Lankans but took two more wickets to sustain the pressure in the final overs. In the 46th over, Lahiru Thirmanne (7) got run out after being sent back from a non-existent single towards backward point by Angelo Mathews. In the final over, Vinay Kumar picked up his first wicket when Nuwan Kulasekara (7) miscued his slog towards point. Sri Lanka finished at 233 for 8 in 50 overs with a decent contribution coming in from Angelo Mathews, who remained unbeaten on 33 from 28 balls (with 2 fours).

Zaheer Khan was the best amongst the three pacers taking 2 for 44 in 10 overs while R Ashwin had a great day taking 3 for 32 in 10 overs. Ravindra Jadeja bowled well for his 1 for 41 in 10 overs.

Toss and Teams Report : Sri Lanka’s new Captain Mahela Jayawardene has won the toss and elected to bat first at a sunny WACA Ground in Perth in Match 2 of the Commonwealth Bank Series 2011/12 against India. Virender Sehwag and Zaheer Khan come back into the Indian playing XI. According to MS Dhoni, Gautam Gambhir is rested and Rahul Sharma is injured!

Sri Lanka have got as many as five pace bowling options in their side if Angelo Mathews is also included! India in comparison has got three that too with the inclusion of Zaheer Khan.

Pitch Report : The pitch at the WACA Ground in Perth has always been aiding fast bowlers with a good grass cover on it. The grass cover for this match is not that uniform and therefore the odd ball could take off to surprise the batsmen. The team that plays the most number of square cuts and pull shots is going to do well today. 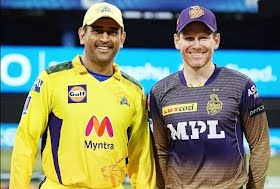 Sep 26, 2021: Form teams Chennai Super Kings (CSK) and Kolkata Knight Riders (KKR) will battle it out in match number 38 of the Indian Premier League (IPL) 2021 at the Sheikh Zayed Stadium in Abu Dhabi on Sunday. Both CSK and KKR have made a positive start to the UAE leg of the season.