Michael Bates had William Perkins (4) caught in the first over of the match. Even Adrian Barath (3) departed soon after with the T&T score at 14 for two. However, Evin Lewis (23) and Jason Mohammed (42) fought back for the Caribbean side. But the star of the innings was Kevon Cooper, who scored a 32-ball 62* to help his team to a competitive 151 for six in 20 overs. 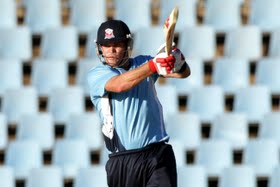 Aces began their innings on a positive note as both their openers, Martin Guptill (58) and Lou Vincent (46*), scored at a decent pace. The pair put together 101 runs for the first wicket and effectively took the game away from T&T by setting up a solid platform. The Auckland team reached their 152-run target in 16.1 overs.