The Only T20I to be played between South Africa and India at Johannesburg on March 30 will be a benefit match for Jacques Kallis. The trophy for this T20I has been named as the New Age Cup T20

South Africa and India will play a one-off Twenty20 International on the 30th of March at the New Wanderers Stadium (Bidvest Wanderers Stadium) in Johannesburg. The two teams will play for the New Age Cup T20 which will be a benefit match of South Africa’s great all-rounder Jacques Kallis.

It is learnt that some part of the revenue made from the match will go to the Jacques Kallis Scholarship Foundation which helps out underprivileged boys to come up in cricket.

According to a news release from Cricket South Africa on its website, its CEO Gerald Majola is quoted to have said “This match is a follow-up to last year’s successful T20 match at Moses Mabhida Stadium and in discussions with the Board of Control for Cricket in India (BCCI) we have agreed to make this an annual fixture.”

The Cricket South Africa CEO Geralj Majola also said “The BCCI have given us an assurance that they will be sending their strongest available team and I would like to thank both them and our sponsors, The New Age, for making this exciting prospect a reality.” 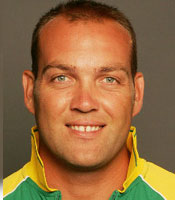 Majola said that the match will be played as a tribute to Kallis. According to the CSA website, Majola said “We want to make this a Jacques Kallis evening in which we acknowledge his huge contribution to the Proteas and South African cricket generally as player, role model and mentor,” commented CSA CEO Gerald Majola. “He has been a wonderful ambassador throughout his career that has just entered its 17th year and is showing no sign of coming to a close. As a cricketer he is unique both in terms of statistics and the role he has filled in the Proteas’ team. The only comparable all-rounder the world has seen is the great Sir Garfield Sobers and even he only batted in the top four for the first half of his career.”