Australia’s decline has been on expected lines

Every top team in international sport goes through a good and bad phase. Australia had an excellent run in cricket for a decade and a half, starting in the mid-nineties and extending well up to the first half of the new millennium.

Every top team in international sport goes through a good and bad phase. Australia had an excellent run in cricket for a decade and a half, starting in the mid-nineties and extending well up to the first half of the new millennium. There were unbeaten in most places around the world in both the formats of the sport (T20 hadn’t taken prominence by then).They won three World Cups in a row, two of them without losing a game. The Aussie Test team won a series in India after ages while the ODI team laid their hand on the elusive Champions Trophy in 2006. In short, Australia had achieved everything a team could possibly do during their best days.

The present Aussie squad is struggling miserably in comparison. But that hasn’t got anything to do with a lack of talent or commitment in the current squad. It is the tough rebuilding phase that every team goes through. West Indies haven’t yet been able to regain their glory days since losing their legends to retirement in the late 80s and early 90s. Of course, Windies cricket hasn’t been aided by the fact that basketball has taken over as the premier sport over there. At least, the same isn’t the case with Aussie cricket, although it must be said that they are going through a similar phase. 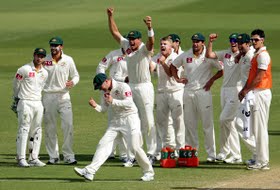 The reasons for Australia’s struggles in recent years are eminently clear and very much understandable as well. At their peak, they had nearly 11 match-winning players in the team, and many of them who were as good had to wait on the sidelines for years. Such greats come together in a team only once in a generation. West Indies experienced it when they had the likes of Lloyd, Garner, Marshall, Holding, Richards, Greenidge, Haynes, the list of names is endless. It has been two decades since they greats quit the game, but West Indies are yet to find their replacements.

As for Australia, during their hey days, they had the likes of Warne, McGrath, Lee, Waugh brothers, Gilchrist, Ponting. Hayden, Langer, Martyn and Hussey among many others playing at the same time, making them an all but invincible army of men. However, over the last few years, one by one all these big names have walked away into retirement. The fact that they played in the same era was a big plus. But, there was going to come a time when all these players also hung their boots almost simultaneously, and it was going to be impossible to replace them. That time has come now.

The present bunch of players does have big names like skipper Michael Clarke and Shane Watson. But, while Clarke has managed to go on to achieve great things as an individual, question marks remain over his captaincy. As for Watson, his career seems to be heading in the wrong direction following the Ashes debacle. That said, even if Clarke and Watson fire on all cylinders, Australia will still struggle, for cricket is after all a team game. This is why team Australia’s downfall has pretty much been on expected lines.