Sunrisers Hyderabad (SRH) and Royal Challengers Bangalore (RCB) will face off in the sixth match of IPL 2021 at the MA Chidambaram Stadium in Chennai on Wednesday. This will be the second match for both teams in the tournament.

While RCB managed to register a two-wicket win against Mumbai Indians in their opening encounter, SRH went down to Kolkata Knight Riders (KKR) by 10 runs and will be searching for their first victory in the tournament.

One of the biggest positives to come out of the win against MI for RCB was the rise of Harshal Patel. The medium pacer mixed his yorkers and slower deliveries to deadly effect to claim a five-for and sink Mumbai.

AB de Villiers carried on his match-winning streak for RCB and produced yet another scintillating innings. They should also be pleased with the way Glenn Maxwell performed in his first encounter although his mode of dismissal was disappointing.

Having gotten off to a confident start, Bangalore should look to build on the same when they face SRH on Wednesday. There are a few concern areas for RCB going into their second clash. The experiment with Washington Sundar at the top was a failure. 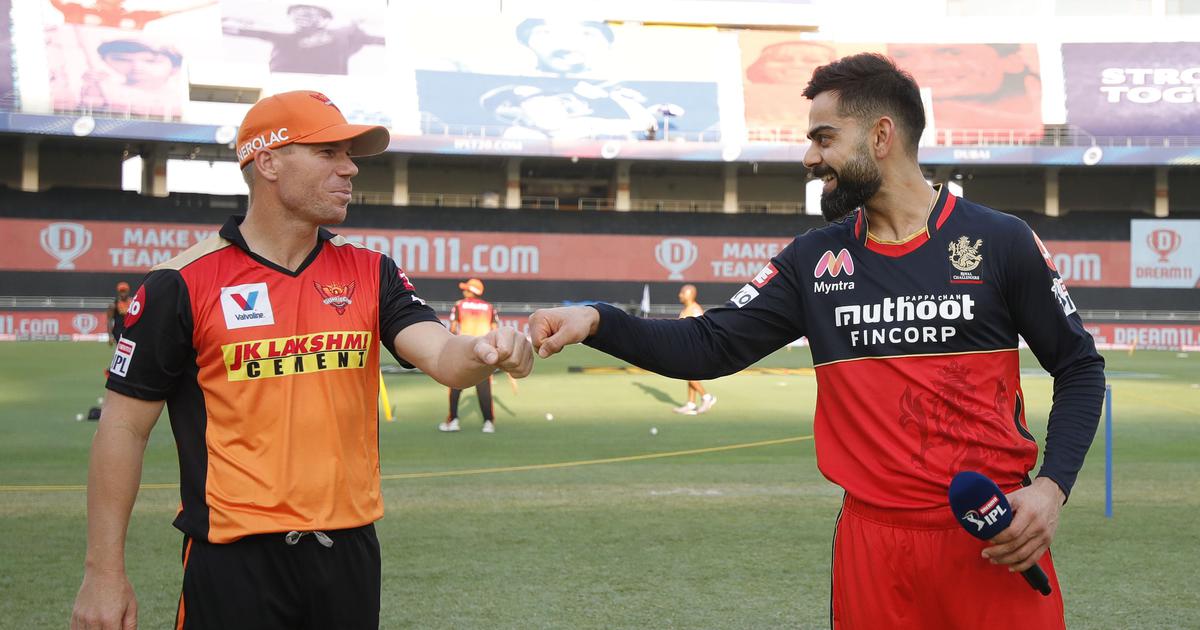 With Devdutt Padikkal available for selection, he should be slotted in back at the opening spot. While Mohammed Siraj was efficient with the ball and Kyle Jamieson (1/27) made an impressive debut, the continued struggle of Yuzvendra Chahal remains a worry. Will RCB persist with him?

Looking at the conditions for the first game, SRH chose bowling all-rounder Mohammad Nabi over the legendary Kane Williamson. While Nabi did a decent job with the ball, SRH, in the end, lost because of the lack of depth in their batting.

It would be difficult for them to leave Williamson out again because of what he offers with the bat. It would be interesting to see what choices SRH make as far as the four overseas players are concerned.

As for individual performances from players in the previous game, Rashid Khan (2 for 24) again stood out with the ball. T Natarajan (1/37) and Bhuvneshwar Kumar (1/45) picked up a wicket each but were slightly expensive.

As for Sandeep Sharma, he struggled to make an impact altogether. In the batting, while Jonny Bairstow (55 off 40) and Manish Pandey (61 not out off 44 balls) played good knocks, neither could lift the side to victory.