The 2015 World Cup will see 14 teams dived into two pools. As many as 49 matches are to be played in 14 different venues. Australia has been given 26 matches while New Zealand gets 23 matches to host. 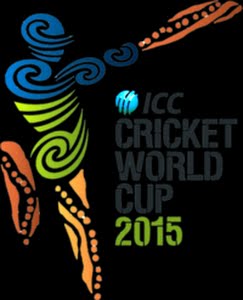 The tournament kicks off with co-hosts New Zealand playing against Sri Lanka on Valentine’s Day on February 14th at Christchurch. On the same day, Australia plays against arch rival England in a day-night match at Melbourne. The Final of the 44-day long tournament will be played at the Melbourne Cricket Ground on March 29th.

Defending Champions India will open their World Cup campaign against arch rivals Pakistan on February 15th in a Pool B match at Adelaide. Pool A consists of England, Australia, Sri Lanka, Bangladesh, New Zealand and a couple of Qualifiers (ranked 12 and 13) from the Associate Members. Pool B consists of South Africa, India, Pakistan, West Indies, Zimbabwe, Ireland and a Qualifier (ranked 14).

The format of the 2015 World Cup will be the same as the previous edition which was hosted by India, Sri Lanka and Bangladesh. The seven teams in each pool play against each other once. Every team gets to play a minimum of six league matches. The top four teams from each group qualify for the Quarter-Finals.