MS Dhoni in the post-match press conference after the Perth ODI on Thursday insists that India will continue its rotation policy for the three openers - Tendulkar, Sehwag and Gambhir.

Dhoni has also revealed his intentions of playing Rohit Sharma in as many matches as possible. According to Dhoni, Rohit is a wonderful talent who has done well against some of the best bowlers in the country and also from outside in the IPL matches. Dhoni says that Rohit is also a very good fielder and can also chip in with the ball if needed and therefore it is important to support him in the team. 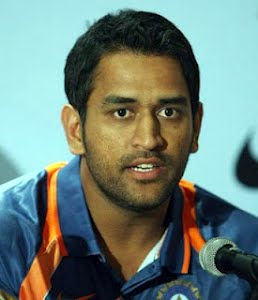 The India Skipper reckoned that there were some needless shots played by his batsmen in the Second Match of the Commonwealth Bank Tri-Series against Sri Lanka. Dhoni said that when Virat Kohli got out, Sri Lanka were having a great chance of winning the match. In the end, he was happy that India could win the game. Dhoni believes that with constant defeats, it was tough to keep up the team morale. However, if the players can learn from their mistakes and do not repeat them, the team can benefit a long way according to MS Dhoni.

On Virat Kohli’s knock, MS Dhoni commented that the young man going for a needless single had strained his hamstring. Wrapping up the post match conference, Dhoni praised Ashwin for his all-round display which was instrumental in India’s 4-wicket win.