The Indian Selectors today named 30 probables for the ICC World T20 2012 to be played in Sri Lanka in September and October. The biggest inclusion from the Selectors is that of Yuvraj Singh. The Punjab southpaw as we know had undergone cancer treatment in the US and is on his way to get back into competitive cricket. 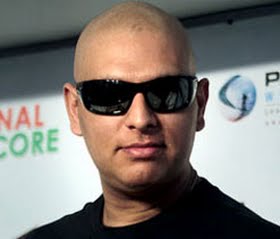 Yuvraj Singh, who has gone out of shape following many days without the regular exercise and gym is working hard at the NCA to regain his past fitness. Yuvraj will have the opportunity to test himself in the 3-day Buchi Babu tournament in Chennai, the 4-day KSCA League in Bangalore or the Katoch Shield tournament in Punjab.

The Selectors have named just two uncapped players in AT Rayudu and Mandeep Singh. Both Rayudu and Mandeep (Punjab and Kings XI Punjab) have played for India U19 in the past and they have hit the limelight through their batting exploits in the IPL. Rayudu, who has been long thought as India’s next batting sensation has struggled to make it big because of his inconsistent performances for Hyderabad and then Baroda. The Hyderabadi lad almost spoilt his career by playing in the ICL. Today, AT Rayudu has another chance of finally making it to the Indian team (if not for this ICC World T20 2012) following his good shows in the IPL editions for Mumbai Indians.